After taking oath, the 50th Chief Justice of the country, D.Y. Chandrachud says 'I will take care of citizens in every way' 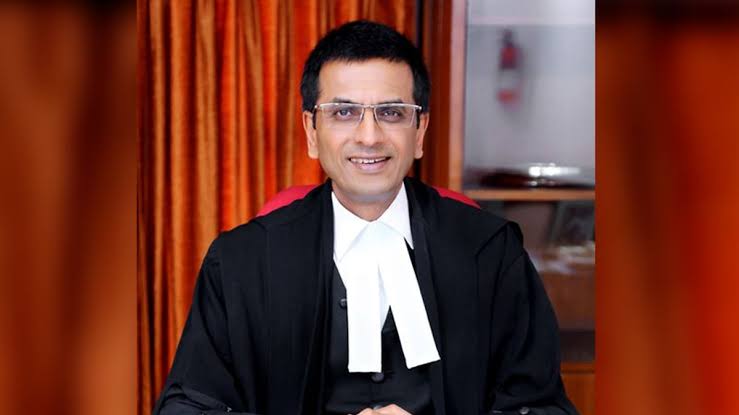 Chief Justice of India D.Y. Chandrachud on Wednesday said that serving the people of the country is his "priority". Soon after the swearing-in ceremony at Rashtrapati Bhavan, the country's 50th CJI reached the Supreme Court premises and paid floral tributes to Mahatma Gandhi. He said, 'Service to the common people is my priority. Please have faith, I will work for all the citizens of the country. Be it technology or registry, or judicial reforms, I will take care of citizens in every matter.

CJI Chandrachud said that leading the Indian judiciary has 'huge opportunity and responsibility'. Asked how he would maintain the confidence of the people in Judiciary, the CJI said, "I will ensure confidence among citizens not only in words but also by my work." Chandrachud was sworn in as the 50th Chief Justice of India. He replaces former CJI Justice Uday Umesh Lalit who retired on Tuesday.

Justice Chandrachud will hold the post for two years till November 10, 2024. Supreme Court judges retire at the age of 65. Vice President and Rajya Sabha Speaker Jagdeep Dhankhar, Lok Sabha Speaker Om Birla, Union Ministers Amit Shah, Rajnath Singh and Kiren Rijiju attended the oath ceremony. Justice Chandrachud spoke to his father Y.I. on important issues like adultery and right to privacy. There was no hesitation in overturning the decision of V. Chandrachud. He has been part of the bench which decided on several important matters including the Ayodhya land dispute, decriminalizing homosexual relations under Section 377 of the IPC.