Weather Update : After Assam, Gujarat and Maharashtra, now there is a high alert of heavy rain in Madhya Pradesh

The Meteorological Department has predicted heavy rains in Gujarat for the next five days. Water was released thrice in the Gangapur dam in Nashik, Maharashtra, due to which the surrounding houses were flooded. 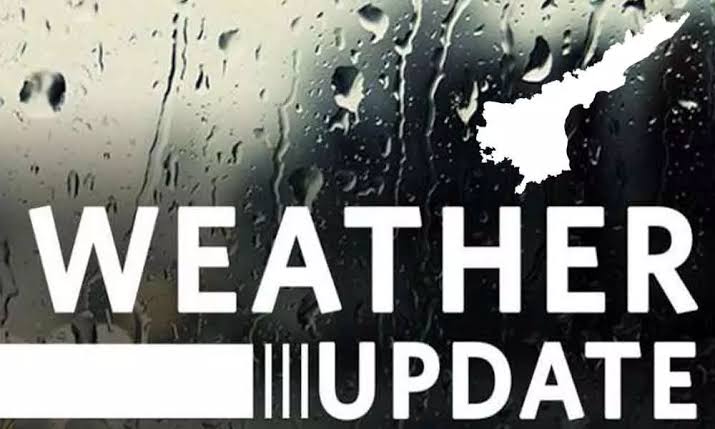 Heavy rains have wreaked havoc in Assam, Gujarat and Maharashtra. It has been raining intermittently in Madhya Pradesh for the last two-three days. According to the Meteorological Department, there is a possibility of heavy rain in 33 districts of Madhya Pradesh. On the other hand, Godavari river in Telangana has crossed the second dangerous level mark. Due to this there is a possibility of flood in Bhadrachalam. Karnataka is also on high alert. On the other hand, it is still not raining in many areas of Bihar, Jharkhand and Uttar Pradesh. Rain is expected in these states after four days.

On Sunday, the Meteorological Department issued a red alert for Kerala, Karnataka, Telangana and Maharashtra. Telangana has been on red alert since Saturday. Chief Minister K Chandrashekhar Rao has asked the officials to take necessary steps. Along with this, the CM has appealed to the people to stay at home.

The Meteorological Department has predicted heavy rains in Gujarat for the next five days. Water was released thrice in the Gangapur dam in Nashik, Maharashtra, due to which the surrounding houses were flooded. In Maharashtra's Ratnagiri, 4 districts including Orange and 8 districts have been warned of heavy rain. The water level of Tawa Dam of Madhya Pradesh has increased by 3 feet. The water level of Narmada has also increased by two to two and a half feet. Rivers are in spate after rain in Rajasthan. Due to excessive water coming in Chambal, the gates of the dams have to be opened.

It rained in Delhi-NCR on Monday, but people are still waiting for rain in many areas of Uttar Pradesh, Bihar, Jharkhand. It is humid and hot in these states. Monsoon is likely to be active at most places in the southern part of Bihar from July 13 due to which moderate rains may occur. Monsoon had knocked in UP in the last week of June, but there is no continuous rain in the state. People are troubled by the sun and humidity.