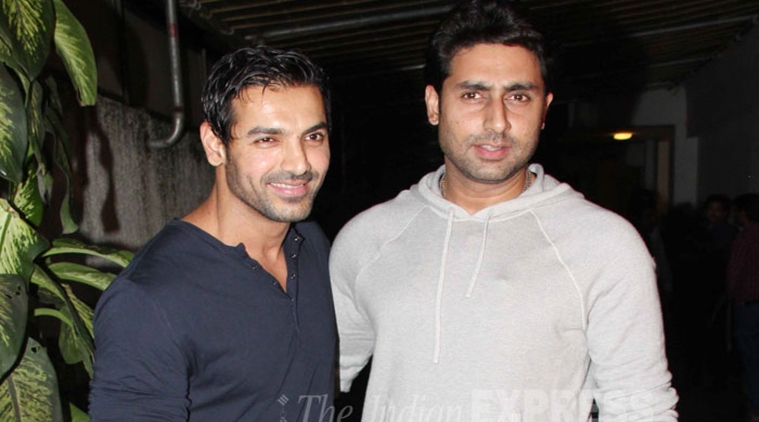 It was recently revealed that Abhishek Bachchan would not be a part of Jagan Shakti's Ayyapanum Koshiyum remake alongside John Abraham. Since then, fans have been wondering who will feature in the film with John. Well, the latest reports state that Arjun Kapoor has replaced Abhishek in the film.

Currently, Arjun and John Abraham are shooting Ek Villain Returns. During the shoot, the duo bonded well, and John decided to get Arjun on board. He also discussed the same with director Jagan Shakti. The original film stars Biju Menon and Prithviraj.

About Arjun Kapoor replacing Abhishek Bachchan in the Ayyapanum Koshiyum remake, a source told Pinkvilla, "John and Arjun are currently shooting for Ek Villain Returns. Both of them have gelled up well on the sets. John discussed the idea of getting Arjun on board the film with his director, Jagan Shakti, who insisted on a meeting with the actor. The two met and hit the ball rolling from the word go. While John will play the role of Biju Menon from the original, Arjun steps into Prithviraj’s shoes. The prep work has begun and film goes on floors by November 2021."

In Ek Villain Returns, John and Arjun are playing negative roles. The film also stars Disha Patani and Tara Sutaria.  In Jagan Shakti's film, Arjun and John's characters are grey and will be pitted against each other. However, the source reveals that their characters are completely different from Mohit Suri's film.

Talking about Abhishek Bachchan, the actor injured himself a few days ago in Chennai on a film set. The Ludo actor fractured his right hand and has resumed the shooting too.

What do you have to say about Arjun replacing Abhishek in the Hindi remake of Ayyapanum Koshiyum? Do let us know your thoughts about it in the comments section below.