Kanika Kapoor also wore a beautiful pair of light pink color lehenga on her wedding. She looked absolutely stunning in her wedding attire. 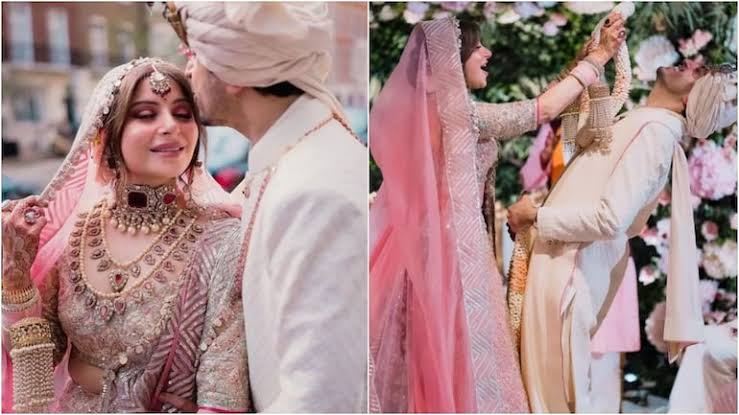 Kanika Kapoor's look remains the talk of the town the most as soon as the wedding pictures and videos come to the fore.

The actress gave a royal touch to her bridal look with massive diamond jewellery. Kanika Kapoor, who became Dunhaniya, is looking like a princess. The age of Kanika Kapoor is 43 years and this is her second wedding.

Kanika Kapoor's wedding pictures are becoming increasingly viral on social media. Everyone is liking the chemistry between Kanika and Gautam in these pictures. The couple's family and close people attended this ceremony.