The Afghan government and the Taliban are at present in talks on the peace process at Doha in Qatar. Abdullah met to brief PM Modi about its progress. 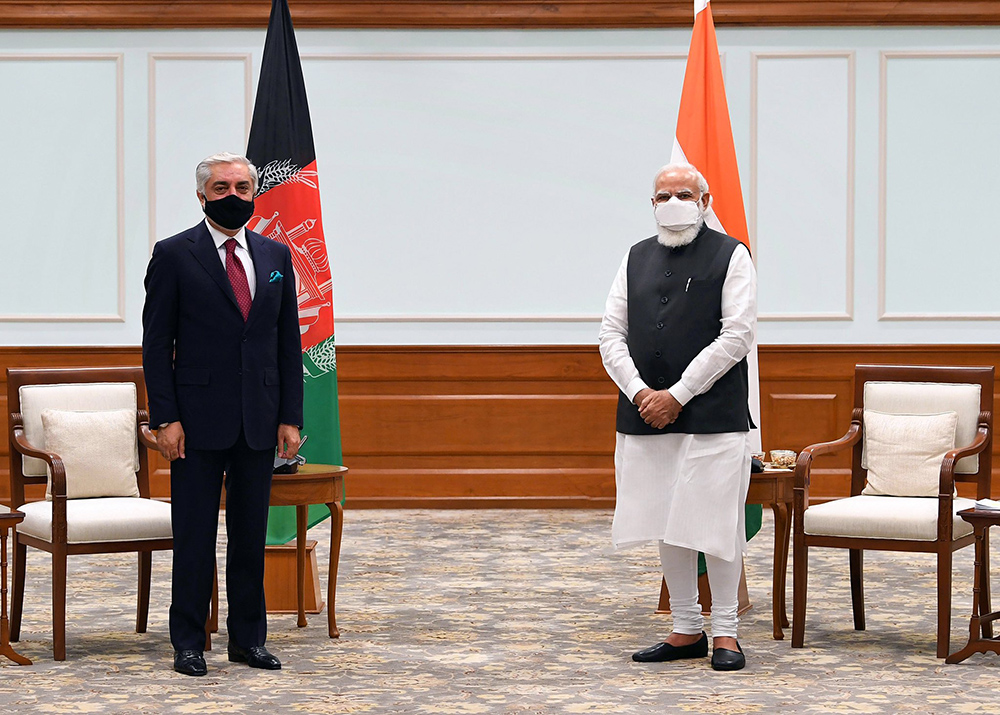 The Afghan government and the Taliban are at present in talks on the peace process at Doha in Qatar. Abdullah met to brief PM Modi about its progress. Prime Minister reaffirmed long term commitment to further deepening India-Afghan ties.

Abdullah tweeted after the meeting, "Pleased to meet HE Narendra Modi @narendramodi, the Prime Minister of Republic of #India. In our friendly discussion we took stock of the latest developments on the #AfghanPeaceProcess, the talks in Doha, & India’s support for the peace efforts."

"HE PM assured me of India’s continued support for the peace process, & Afghanistan. I thanked him & the people of India for the invitation, & generous hospitality. I also thanked India for its principled position on the #AfghanPeaceProcess," he added.

Abdullah is on a five days visit to India from October 6 to exchange views on Afghan Peace Process with the Indian leadership. After his arrival in Delhi, he met Ajit Doval, the National Security Advisor to discuss with him the latest developments in Doha.

Abdullah tweeted, "Had a constructive discussion with HE Ajit Doval, the NSA of India. We discussed the #AfghanPeaceProcess, & the talks in Doha. He assured me of India’s full support for the peace efforts, & that any peace settlement acceptable to Afghans, will have the support of India."

Abdullah further tweeted that Doval told him that India is in favor of "an independent, democratic, sovereign & peaceful Afghanistan, where no terrorists can operate. I thanked India for the invitation, its continued support for Afghanistan, & its constructive role in peace efforts."