Administration closed the hostel in Chandigarh University, girl students took part in the protest by jumping the gate

In the Chandigarh University, the protest of the girl students is increasing in the university regarding the MMS leak case. 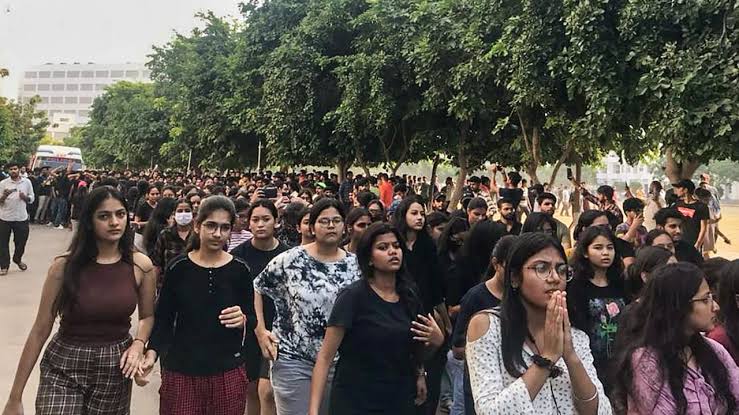 The protest is going on in the university since Saturday night. Sources said that the university administration has closed the gate of Tagore Hostel from outside to prevent a large number of protesters. Senior officials of Punjab Police and Mohali district administration met a group of girl students this evening to defuse the tension.

It is worth noting that a case of alleged leaking of videos of girls has come to light in the hostel of Chandigarh University in Mohali. The allegation of making the video is on a girl living in the hostel. The police arrested the accused girl and the matter is being investigated. Meanwhile, the National Commission for Women (NCW) has asked for registration of an FIR in connection with the attempt of suicide by some girl students of a private university in Punjab's Mohali due to the incident of allegedly 'leaking' an objectionable video. The commission said that it has come across various media reports and Twitter posts stating that purported videos of girls residing in Chandigarh University hostel have been leaked and some of them tried to commit suicide.