Ahead of the 2022 assembly elections in Uttar Pradesh, Congress' rebel MLA Aditi Singh has put a complete stop to all speculations. Aditi Singh, MLA from Rae Bareli's Sadar seat, has joined the Bharatiya Janata Party. 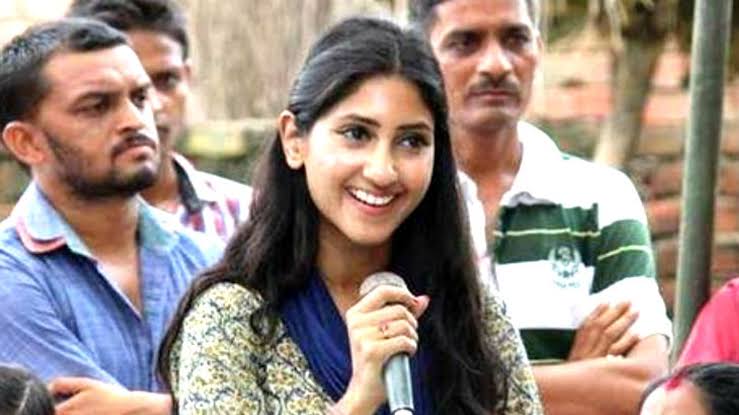 Ahead of the 2022 assembly elections in Uttar Pradesh, Congress' rebel MLA Aditi Singh has put a complete stop to all speculations. Aditi Singh, MLA from Rae Bareli's Sadar seat, has joined the Bharatiya Janata Party. BJP state president Swatantra Dev Singh has also given membership of Bharatiya Janata Party to BSP MLA Vandana Singh from Sagdi Vidhan Sabha of Azamgarh district along with Congress MLA Aditi Singh at the party office in Lucknow. All BJP leaders including former state president Laxmikant Bajpai were present on this occasion.

Due to Aditi Singh joining BJP, now her MLA husband Angad Singh Saini may suffer a big loss. Angad is a Congress MLA from Nawanshahr seat of Punjab. Let me tell you, Rae Bareli, from where Aditi Singh comes, is considered a Congress stronghold from Rae Bareli Lok Sabha seat. Congress President Sonia Gandhi has been winning the Lok Sabha elections continuously from this seat. In such a situation, revolting from Congress and going to BJP can put Aditi's husband Angad in an uncomfortable position. Aditi married Angad Singh Saini, a Congress MLA from Punjab, on 21 November 2019.

In the last 2017 assembly elections, Aditi Singh took over the political legacy of father Akhilesh Singh. He registered a landslide victory by contesting the assembly elections from the Sadar seat of Rae Bareli on a Congress ticket. Aditi's father Akhilesh Singh has been an MLA from this seat five times. But in August 2019, Aditi's father passed away. After the death of his father, Aditi Singh's distance from the Congress appeared to be increasing. During this, on many occasions, Aditi praised the policies of the Yogi government.At the same time, Aditi has also made a scathing attack on the Congress and its leaders regarding many matters.