Veteran actor Yusuf Hussain died of COVID-19 at the age of seventy three on Saturday. He was being treated at Mumbai' Lilavati Hospital, where he died this morning, his son-in-law and film maker Hansal Mehta told agency PTI 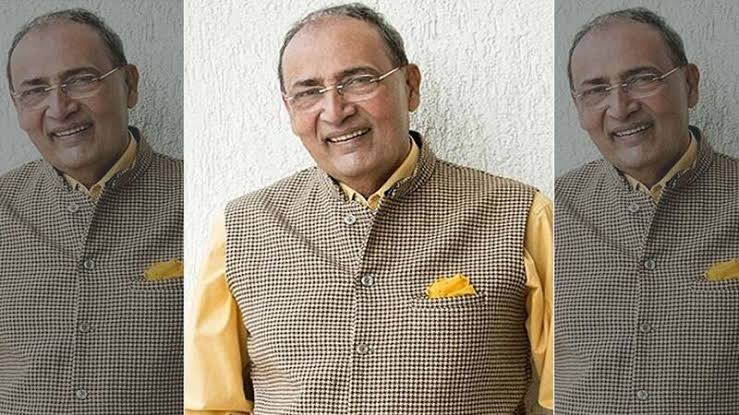 Veteran actor Yusuf Hussain died of COVID-19 at the age of seventy three on Saturday. He was being treated at Mumbai' Lilavati Hospital, where he died this morning, his son-in-law and film maker Hansal Mehta told agency PTI. Yusuf Hussain' death has left his family and friends within the film fraternity heartbroken. Hansal Mehta, who is married to Yusuf Hussain' daughter Safeena, mourned his father-in-law in an emotional Instagram post. He shared a photograph of Yusuf Hussain and wrote concerning however the late actor helped him to finish his 2012 film Shahid, that includes Rajkummar Rao, once he was "troubled" and his "non-existent career as a film maker was nearly finished completely." Hansal Mehta shared that Yusuf Hussain was sort of a father to him.

In his emotional tribute to his father-in-law, Hansal Mehta wrote: "I had completed a pair of schedules of Shahid. and that we were stuck. i used to be troubled. A non-existent career as a producer was virtually finished completely. He simply came up to me and said I actually have a set deposit and it's of no use to me if you're therefore troubled. He wrote a cheque. Shahid was completed. That was Yusuf Husain. Not my father-in-law however a father." He added: "He was life - if life itself had to own a physical form. these days he's gone. To remind all those girls in heaven that they're 'Duniya ki sabse khubsurat ladki' and every one the lads that they are 'Haseen naujwaan'. so to finish with a booming 'love you're keen on you love you'. Yusuf Saab I owe this new life to you. i'm really parentless today. Life will ne'er be the same. i'll miss you terribly. My Urdu will stay broken. And yes - love you love you love you!"

Actors like Abhishek Bachchan and Manoj Bajpayee conjointly mourned Yusuf Hussain on Twitter. Abhishek, who worked with the late actor within the 2003 film Kuch Naa Kaho and forthcoming movie Bob Biswas, tweeted: "#RIP Yusuf ji. we worked along in many films beginning with Kuch Na kaho and last on Bob Biswas. He was gentle, kind and full of warmth. Condolences to his family."