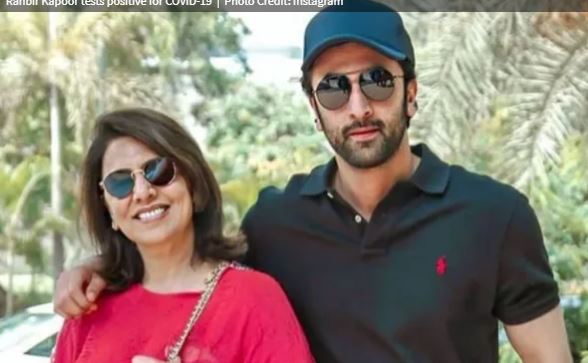 The news was first shared by his mother actor Neetu Singh Kapoor who conformed through her social media account that her son has tested positive. Neetu Kapoor was also tested positive last year while shooting for the film Jug Jugg Jeeyo where her co-stars Varun Dhawan and Maniesh Paul had also been found positive. She had sought self-quarantine and medicine on doctor’s advice. She had tweeted.

As a responsible mother, this time too, she was the first one to announce about Ranbir’s health so that those who worked with him could test themselves too.

The news has spread like wild fire and his Bollywood colleagues have sent Ranbir wishes. The news about his bad health was in the air already minus any conformation from the family.

Randhir Kapoor had shared Ranbir's health update and said: "I believe he is not well, but I am not sure what he has got. I am not in town".

This is interesting to note that covid being propagated as such a high density impact disease, yet most of the people had come out in the open to declare they were found positive and mostly returned home safe with initial safeguards. That has set two messages to people who felt immensely scared by the initial fright that the virus and propagandists had created.

Number one, it is not a deadly virus unless one’s immunity system is zero; two, it is not a stigma to declare one has been covid positive and taking extra caution to safe guard oneself and helping others know whether they should undergo a test too.

With celebs going viral declaring themselves covid positive, the star-stuck commoners have also followed suit over different social media accounts. That’s how much Bollywood and celebrity factor drives a large number of people.

This is also important to know that health experts say that corona affects those who are already down with congestion, who are not able to breathe well and have poor immunity too. As the virus attacks the throat and lungs. So it was advisable to keep it clean and clear by warm water and steam.