Actions will be taken against those celebrating Pak's T20 win against India : Yogi Adityanath.

Uttar Pradesh chief minister Yogi Adityanath on weekday declared that offence law are going to be invoked against those celebrating Asian country’s finish against Asian country within the T20 tournament match control in Dubai last Sunday. 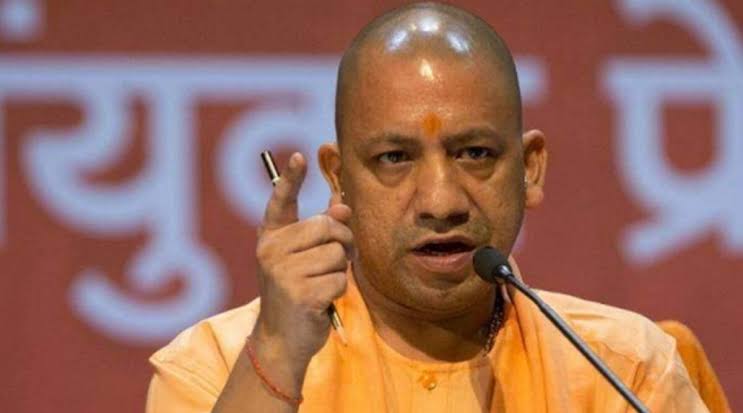 Uttar Pradesh chief minister Yogi Adityanath on weekday declared that offence law are going to be invoked against those celebrating Asian country’s finish against Asian country within the T20 tournament match control in Dubai last Sunday. On Wednesday, 5 individuals were arrested in Lucknow for allegedly victimization indecent language against the Indian cricket team when the T-20 World Cup match against Pakistan on October 24.

In a Hindi tweet on Wednesday, the UP Police said, “After the T-20 tournament match compete between Asian nation and Pakistan on October 24, some anti-social parts used indecent words against the Indian team and there was a stoppage of peace through anti-national remarks.”

“In this context, as per reports gathered therefore far, 5 cases are registered in metropolis, Bareilly, Budaun associated Sitapur and cases have been registered against seven persons, of that five have been taken into custody. Investigations are occurring and supported evidence, additional action are going to be taken,” the tweet said. Meanwhile, 3 J&K students of an engineering faculty in Agra were in remission on Wed for allegedly committing “cyber terrorism” by change their WhatsApp standing to hail Pakistan’s victory.

The FIR against them enclosed, among others, section 66F of the knowledge Technology Act handling the offence of cyber terrorism, punishable with immurement on conviction. the opposite sections that FIR against the trio included are sections 153 A (promoting enmity between completely different groups) Associate in Nursingd 505 (1)(B) (an act meant to cause, or that is probably going to cause, concern or alarm to the general public or aimed toward inducement an individual to commit an offence against the state) of the Indian Penal Code.