The ruling Aam Aadmi Party in Delhi has alleged that leaders of Bharatiya Janata Party who were sitting on dharna at the Chief Minister’s house vandalized properties and broke CCTV cameras. 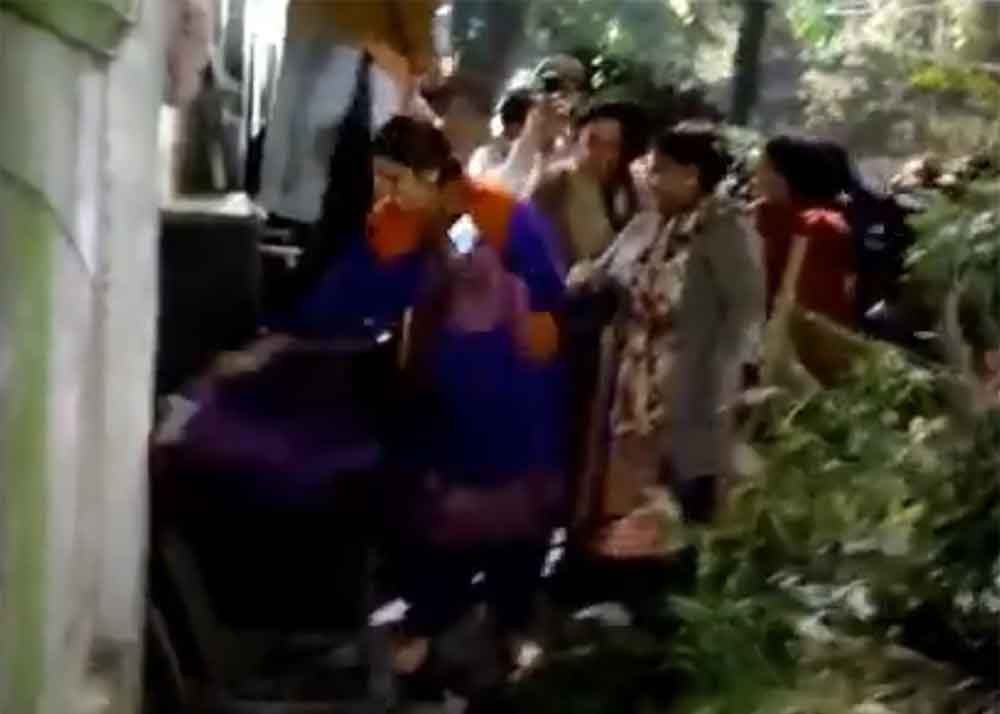 The ruling Aam Aadmi Party in Delhi has alleged that leaders of Bharatiya Janata Party who were sitting on dharna at the Chief Minister’s house vandalized properties and broke CCTV cameras.

To substantiate its allegations, Aam Aadmi Party also posted a video on its Twitter handle which shows a woman hitting something violently while others were gathered around.

Posting a message with the video the party further said in its tweet that BJP leaders carried out demolition activities outside the Chief Minister Arvind Kejriwal’s house in Delhi.

The BJP workers have been sitting outside CM Arvind Kejriwal’s residence since Monday. They are demanding the release of funds for municipal corporations. They are alleging that the Delhi government is deliberately sitting on their salaries.

However, BJP counter-attacked and alleged that there were many CCTV cameras installed outside the CM’s residence. However, they installed more cameras for female corporate.

The Delhi BJP Unit said that the AAP has come down to such a low level of politics and the installation of additional cameras is an attack on the privacy of any woman.

Calling it a very embarrassing act, BJP Delhi took to its Twitter handle @BJP4Delhi and said that the anti-female face of the AAP has been exposed once again.

However, AAP didn’t seem to relent as it once again questioned the BJP corporators’ violent act and said that why they were afraid of CCTV cameras.

It also asked BJP corporators what had they wanted to do by breaking CCTV cameras.