His family members had completed his Aadhaar registration, before he went missing in 2011, and that was how they were able to trace his location. 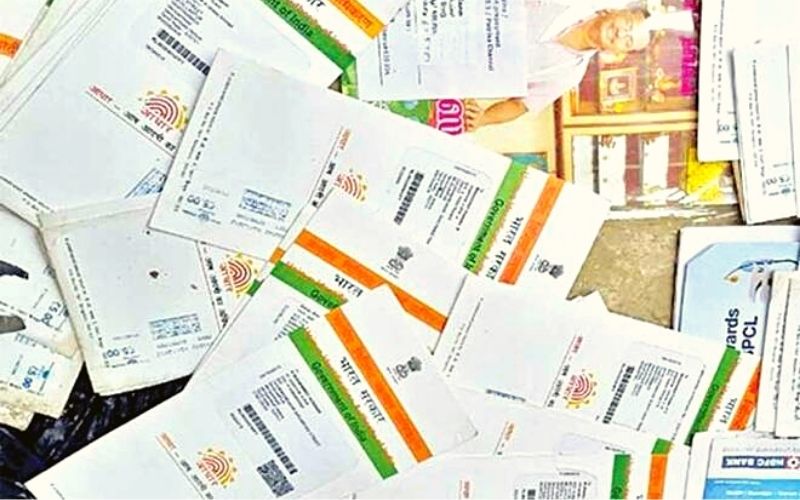 According to an official, a family reunited with their 18-year-old mentally challenged child who went missing at the age of eight years from Jabalpur in Madhya Pradesh and thus began living in Maharashtra's Nagpur, on Saturday.

Reportedly, his family members had completed his Aadhaar registration, before he went missing in 2011, and was how they were able to trace his location.

On June 30, the man was taken to his biological parents, said Samarth Damle, who looked after him as a family member all these years. Damle used to manage an orphanage in Nagpur's Panchsheel Nagar, which later shut down in 2015.

"The boy, who was roughly eight years old at the time, was discovered near the railway station." The cops brought him to our orphanage," Damle told the news agency.

"He is mentally-challenged and unable to speak properly. We called him Aman since he could only say 'Amma Amma.' He remained at the orphanage until 2015. However, after the facility closed, Aman had no one to care for him, so we brought him home and he has been living with us as a family member ever since. “I have a son and a daughter,” he stated.

Damle said that Aman was also admitted to a nearby school and that he was in Class X this year.

"The school needed his Aadhaar card information. I attempted to register his name for Aadhaar however was rejected because of biometric complications. Following that, I went to the UIDAI office in Nagpur's Mankapur district, where the centre manager discovered that Aman's Aadhaar registration had already been completed and that his real name was Mohammed Aamir, which finally assisted us in identifying his family" he continued.

Anil Marathe, the centre manager of Aadhaar Seva Kendra in Mankapur, told the news agency that Damle contacted his office on June 3 for Aman's Aadhaar registration.

"We attempted to register his name multiple times but were unsuccessful because of biometric problems. So, with the assistance of UIDAI's technical centre in Bengaluru and the regional office in Mumbai, we were able to obtain his Aadhaar details based on his biometric information" he stated. His Aadhaar registration was completed in 2011 in Jabalpur, and his real name was Mohammed Aamir, he added.

"The pictures of Aman and Mohammed Aamir matched as well," Marathe stated.

He claimed that Damle told him that Aman was discovered at the railway station ten years ago and had been living with him as a family member.

"So, with (Mr) Damle's permission, I called my old acquaintances in Jabalpur, who, with the help of locals, discovered Aman's genuine parents residing in Jabalpur's Hanumantal region. Following that, both families chatted on the phone" he explained.

Aamir's parents, who run a food stall in Jabalpur, paid a visit to the Damle family in Nagpur and were handed over to them on June 30, according to Marathe.

"I consider myself fortunate to have been able to assist in reuniting Aman with his biological parents," he stated. Damle stated that, while it was difficult for him and his family to relinquish Aman to his parents, they were also relieved to see him again.

"Aman's family members expressed their gratitude and told us that we are welcome to visit with him at any moment," he said.