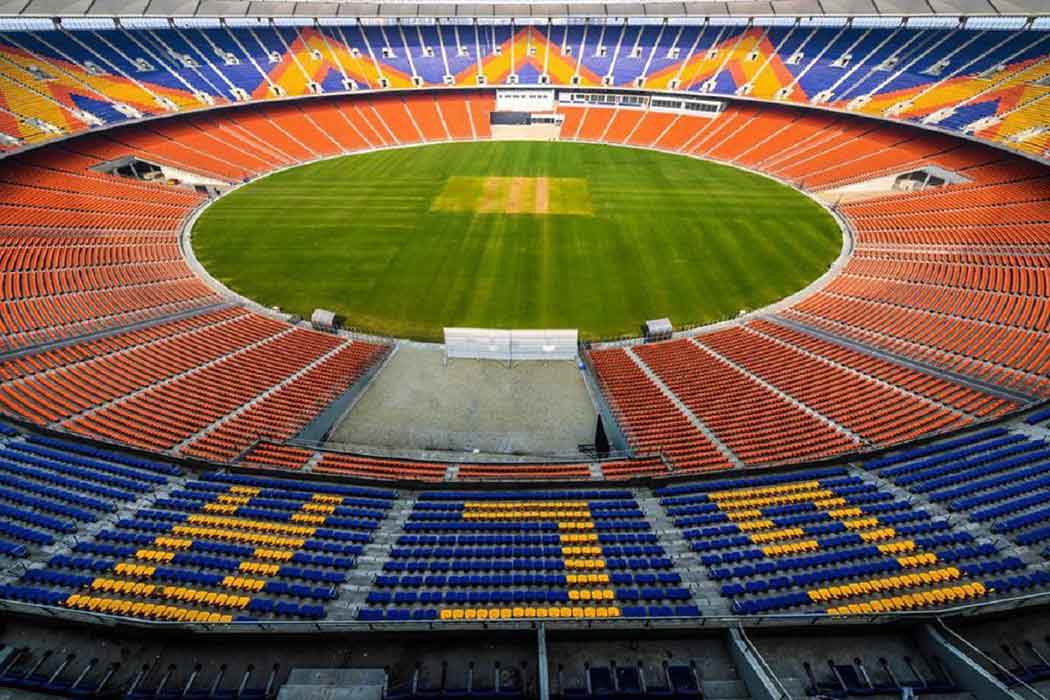 The official inauguration and announcement were made by the President of India Ram Nath Kovind on February 24.

President Kovind laid the foundation stone of the Sardar Vallabhbhai Patel Sports Enclave and the stadium is part of it.

It is the largest cricket stadium in the world with modern facilities for all sorts of sporting events.

The stadium, initially named Sardar Patel Stadium, was closed for revamp for six years and it has just opened on February 24 for the third test match between India and England. It’s a day-night match being played with a pink ball.

“It is a matter of pride for us that the Narendra Modi Cricket Stadium has become the world’s largest cricket stadium with a capacity of 1.32 lakh spectators,” President Kovind said.

He added, “India is called 'Power House of Cricket' or 'Hub of Cricket'. Therefore, it is quite appropriate that the world's largest cricket stadium is also now in our country.”

The renaming of the stadium has ensued a war of words on Twitter and other social media platforms where people opined different views.

While some have appreciated the renaming, others have criticised it severely. Some have even gone on to say that this is an insult to Iron Man of India Sardar Patel as the stadium was initially in his name.

Some people have also said that while in India sports stadiums are named after politicians in other countries it has been done after legendary sports personalities.