Team AATS, of north-east district nabbed a wanted criminal involved in multiple cases including murder and series of firing incidents, while his two accomplices fled. The accused is notably a Delhi University graduate, jobless and liquor dependent. 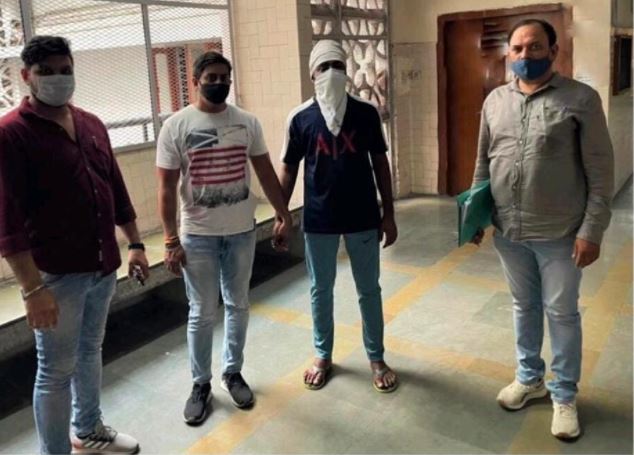 In this story, TNB will briefly tell its readers, how many tip offs and people are involved and how in nabbing just a couple of dodging accused and their arrest adds a feather in their cap. In this whole process, the team involved is never mentioned and they remain unsung heroes.

So, this time around, we are not only mentioning the teammates’ names but also how they tirelessly work to put a case to rest. Bollywood is usually fascinated by the processes involved and makes films on their experiences from time immemorial.

Later on, all three escaped from the spot. During investigation of this case, PS New Usmanpur team conducted raid in Loni (Ghaziabad) where Mohit Thakur, Ajay Dedha and Chintu fired upon the police team in a bid to escape. Howvever, Mohit Thakur was caught by the team after a brief encounter whereas the remaining two managed to slip.

According to the Deputy Commissioner of Police, North East District Delhi, Sanjay Kumar Sain, the police team was working tirelessly to nab the above-mentioned three accused.

But both the accused persons i.e. Ajay Dedha and Chintu had switched off their mobile phones and were frequently dodging them by changing their locations. “After a tiresome technical surveillance and human intelligence, the police team succeeded to access one social media account leading a clue about their movements/whereabouts.,” said Sain.

Accordingly, on 08.07.2021 a trap was laid near Loni Golchakkar and around 03:00 PM, on the instance of informer, a person was stopped by the team but he resisted strongly and tried to escape. The alert police team managed to overpower him after a brief chase and scuffle. He was apprehended and his identity was established as Ajay Dedha @ Sonu S/o Prithvi R/o Karawal Nagar Delhi Age 26 years. During interrogation he confessed of his involvement in 04 cases including murder and Arms Act pertaining to North East District.

Ajay Dedha is a notorious criminal involved in multiple cases of firing with an intent to terrorize people to establish himself in the crime world.

Ajay Dedha alias Sonu is the son of one Prithvi, who is a resident of Karawal Nagar, Delhi. Sonu is a 26-year-old graduate from Delhi University, is married, jobless and liquor dependent. His previous crime record count to six.