A Massive Fire Broke Out In The Vaishno Devi Shrine Complex, Causing Damage To The Cash Counter.

A short circuit ignited the fire about 4.15 p.m., entirely under control by 5 p.m.A fire breaks out near the Vaishno Devi shrine in J&K, but it was quickly extinguished. 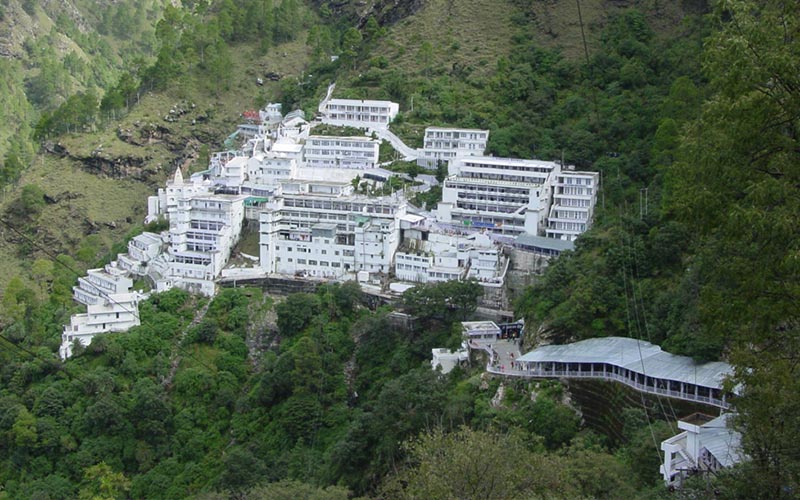 Around 4.15 p.m., a fire broke out in a currency counting room in Kalika Bhavan, close to the sanctum sanctorum, suspected to be caused by an electrical short circuit. At roughly 5 p.m., it was brought under control after roughly 45 minutes of burning. There have been no deaths reported.

The fire was discovered at 4 p.m. by CRPF forces stationed in the security area, who observed flames emanating from the Shri Mata Vaishno Devi Shrine's Cash Counting section. Following this, the Shri Mata Vaishno Devi administration sprung into action and began firefighting efforts. The fire was put out after a while. However, the cash counting room was utterly destroyed by the fire.

According to officials, the shrine's fire department leaped into action right away as CRPF troops raised the alarm. The Vaishno Devi complex comprises a series of interconnected buildings located at a high altitude with multiple kitchens and sleeping halls for pilgrims who frequently remain overnight.

The Vaishno Devi Temple is a significant Hindu shrine dedicated to Vaishno Devi located in Katra, India's Jammu and Kashmir state, in the Trikuta Mountains. The temple is 108 Shakti Peethas devoted to Durga, known as Vaishno Devi in Hinduism. It is one of India's most popular pilgrimage destinations. The temple attracts millions of visitors each year.