A massive fire broke out in Jamia Nagar's electric motor parking, around 100 vehicles burnt to ashes

About a hundred vehicles were burnt to ashes in the accident. The cause of the fire is yet to be ascertained. 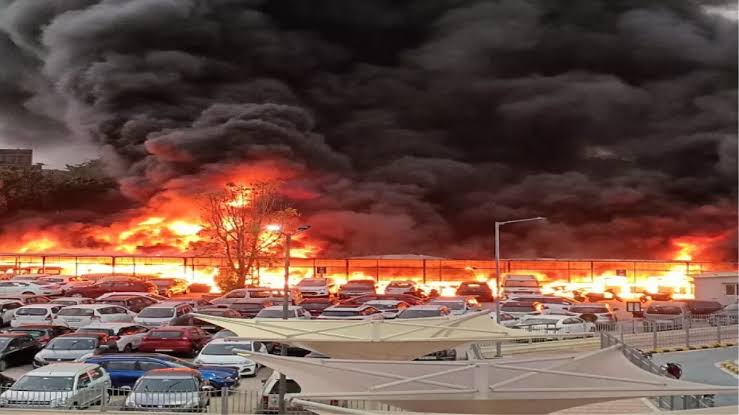 A massive fire broke out in the electric motor parking lot of Jamia Nagar in the national capital Delhi on Wednesday. Seven fire tenders have reached the spot to douse the fire. Efforts are being made to control the fire.

According to information received from Delhi Fire Service, many vehicles have been damaged in this incident of fire. 10 cars, 1 motorcycle, 2 scooties, 30 new e-rickshaws and 50 old e-rickshaws were burnt to ashes in the accident. There has been no casualty in this accident.

Earlier, a sudden fire broke out in the Home Ministry office in North Block late on Tuesday night. Two rooms came in the grip of fire and the goods kept there were burnt to ashes. It took seven vehicles of the Delhi Fire Department about an hour to douse the fire. No casualties have been reported in the incident. According to the fire department, the call of fire was received at 12:18 pm in the office of Ministry of Home Affairs in North Block.