A man carries his sick wife to the hospital as a landslide block road and she dies on the way: Maharashta

A man carried his unwell wife on his shoulders as the roads were blocked due to landslides in Maharashtra. 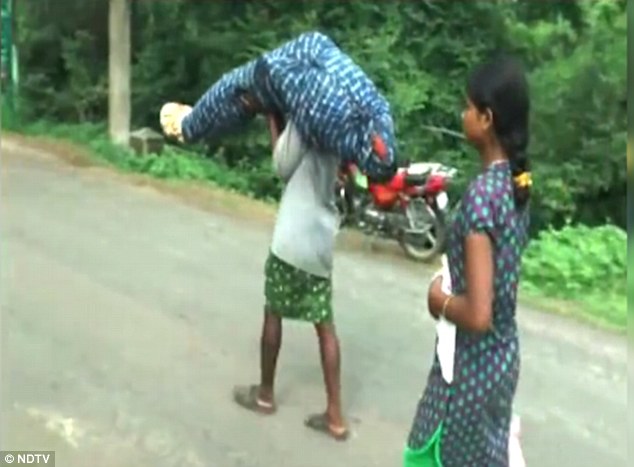 In Maharashtra, a 60-year-old woman succumbed to her illness while going to the hospital. On Wednesday morning Sidhalibai Padvi who lived in Chandsaili village complained about being not well. The local clinic was closed and the rural hospital was around 22 km away. Her husband, Aadlya Padvi, 65, was unable to find any transport because of the blockage of the road, he carried her on his shoulders on a hilly area. But he didn’t even cross the hillside area when he got to know that his wife had breathed her last on his shoulders.
The incident came into existence when a villager helped the old man weeping over his wife’s body. He took pictures of this scene. On Wednesday, she complained of stomach ache which her husband took her to a hospital nearby.