Exclusive : A lot has changed in India over the years: Mark Tully

Journalism has been given a new dimension. He has reported in India for decades. They say that today a lot has changed in India. where rapid change has taken place. India is full of diversity, it is very important to get full support for any party. 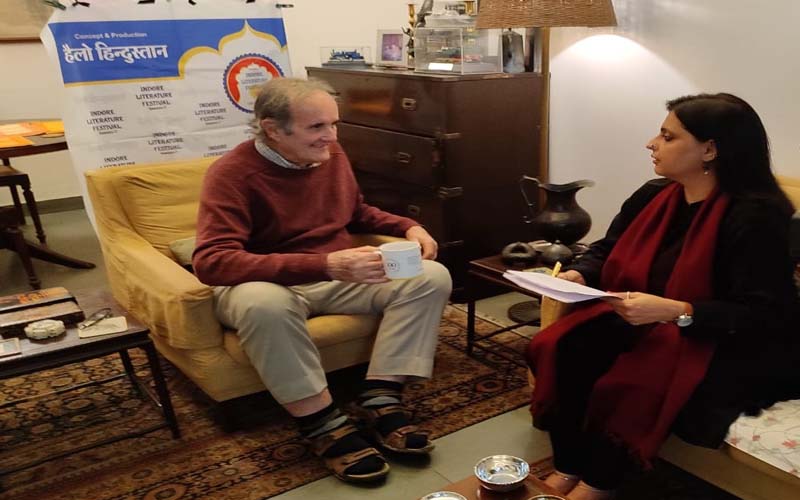 Journalism has been given a new dimension. He has reported in India for decades. They say that today a lot has changed in India. where rapid change has taken place. India is full of diversity, it is very important to get full support for any party. But there is also a challenge for India to take its culture forward. Deepti Angreesh in exclusive conversation with Sir Mark Tully for The National Bulletin.

How much India has changed after 2014?

You have seen many prime ministers when the PMO has been the most strong. Is today's PMO stronger?

Strong PMO is dangerous for the country. At the time of Indira Gandhi, the PMO was strong, in the same way it is still strong today. which is dangerous. You see Whenever there has been an alliance government, much development has taken place. Economic development has been rapid under the government of Narasimha, Atal and Manmohan. Atal Bihari Vajpayee, running the government by taking 17 parties together, is an example. India is a country of diversity.

How do you see the changing India? Has India developed rapidly?

India has changed a lot. When we started there was a lot of trouble. The situation was serious. There was a shortage of food in the country. Milk production was low, poverty was high. Rapid changes took place in India. People changed. The economy of India moved towards the third largest economy of the world. However, India has to keep in mind that it should not go after western culture but instead take forward its culture. India has a historical culture which needs to be brought forward on which work is also being done.

Nowadays, the news of Twitter is being reported by making it a trend, how do you see it?

A lot has changed in the newsroom. Earlier we used to give a report, then it was checked, nowadays this trend has ended. Whereas it should be because the impact of the news directly falls on the public. Today's reporting has also changed a lot. One should not interfere in the suffering of the people. Reporting is not good. Now-a-days the reporter from the organization considers himself above. Whereas the organization must be strong.