A huge fire broke out in a factory in Narela, many fire tenders reached

Efforts are on to douse the fire with the help of more than 23 fire tenders. At present there is no information about any casualties. 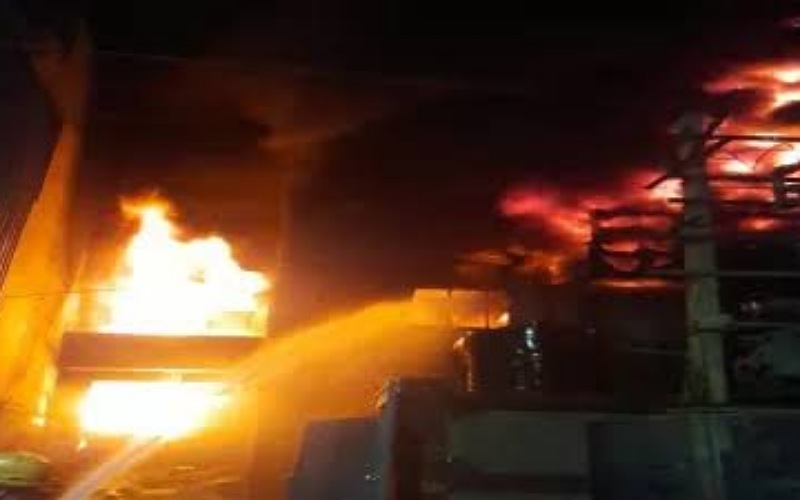 The process of fire in buildings and godowns in Delhi is not taking its name to stop. A sudden fire broke out in a factory in Narela Industrial Area on Saturday night.

Fire officials said that a fire was received at a factory in Narela Industrial Area at 9.10 pm on Saturday night. When the fire brigade personnel reached the spot, they saw that the plastic granules factory was on fire. Because of this more vehicles were called. Till around 11 pm on Saturday night, 23 vehicles of fire brigade have been sent to the spot. Efforts were on to control the fire. Updates in the news are continuing.

Not even 24 hours have passed since the horrific fire at an electronic goods warehouse in Mundka, Delhi on Friday. 27 people were killed in the Mundka fire. Around 12 people were injured there. Many celebrities including President Ram Nath Kovind, PM Narendra Modi, Home Minister Amit Shah and Delhi Chief Minister Arvind Kejriwal condoled the horrific fire in Mundka. Of the 27 people killed in the accident, seven people are yet to be identified.