Meanwhile, during the trip, Bhavesh Javeri had a fantastic time talking with the crew and the captain, who volunteered to give him a tour of the entire plane. Much to his joy, Bhavesh got the specific seat that he had requested, as 18 is his lucky number. 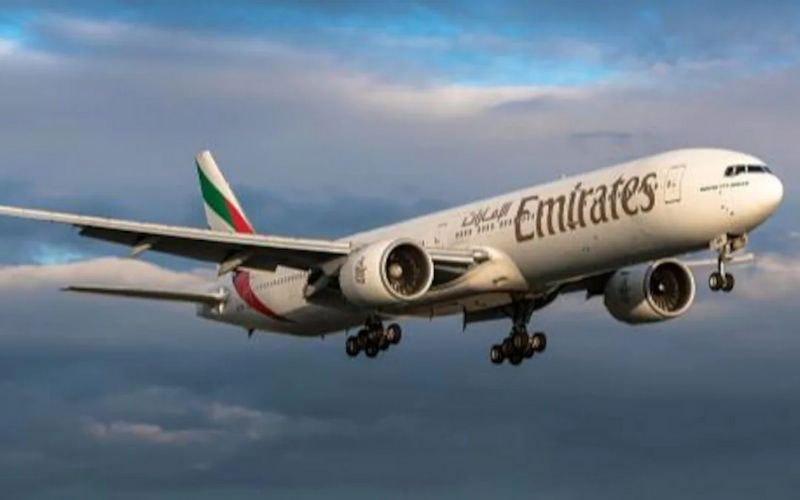 Though it might seem impossible to believe, however, a small amount of eighteen thousand rupees may also be turned in a value to fetch a 360-seater Boeing 777 aircraft for an exclusive two-and-a-half-hour ride under certain rare circumstances. And, Bhavesh Javeri, a 40-year-old was the lucky passenger who enjoyed this exclusive flight from Mumbai to Dubai on the Emirates flight on 19th May.

“I have travelled so much, but this is the coolest flight ever,” said Bhavesh Javeri, who has taken over 240 trips between Mumbai and Dubai.

Meanwhile, during the trip, Bhavesh Javeri had a fantastic time talking with the crew and the captain, who volunteered to give him a tour of the entire plane. Much to his joy, Bhavesh got the specific seat that he had requested, as 18 is his lucky number.

“Throughout the journey, the novelty came in the guise of the traditional inflight public address, given with a personal touch. ‘Please secure your seatbelt, Mr Javeri. We're getting ready to land, Mr Javeri.' "I came out casually after we arrived and picked up my luggage, which was the only one laying next to a conveyor belt," Bhavesh Javeri, a Dubai resident for the last 20 years, told the reporters.

Moreover, only UAE nationals, holders of the UAE Golden visa, and members of diplomatic missions are permitted to fly from India to the UAE due to travel restrictions implemented by the UAE in the aftermath of the coronavirus outbreak.

“It would cost roughly Rs 70 lakh to rent a Boeing 777 from an airline to conduct the Mumbai-Dubai route,” an Indian aircraft charter company reported. "However, if the aircraft was from a business that had to carry it back to its base without passengers, the cost of the charter would double.”

Bhavesh Javeri holds a Golden visa and booked an economy class ticket for Rs 18,000 after calling the airline one week before his scheduled travel date. "I usually reserve a business class ticket, but I figured why not buy an economy seat because the trip will be small."

Bhavesh Javeri was refused access into the terminal building by CISF officers after arriving at the airport because his ticket did not include a date. Bhavesh immediately contacted Emirates and was told that the crew was expecting him because he was the lone passenger on flight EK501.

"I was delighted. Last June, I flew a chartered trip from Dubai to Mumbai with nine passengers in a 14-seater plane. However, it was nothing compared to this priceless event," he remarked.

An Indian airline executive attempted to explain why the firm had the Boeing 777 waste 17 tonnes of fuel costing Rs 8 lakh to carry a single economy-class customer. “It's likely that they had a good passenger load in one way, say while flying from Dubai to Mumbai, and then a bad passenger load on the return leg. Even if there were no paying passengers on board, the airline would have performed the return leg."