9 people died in Bangladesh due to Cyclone Sitrang, red alert in these 4 states of India 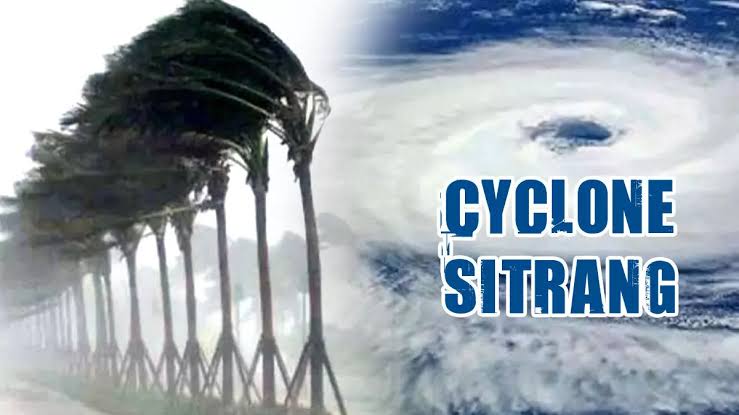 Cyclone Sitrang has started wreaking havoc in Bangladesh. So far 9 deaths have been reported here. Authorities have evacuated thousands of people to safer places. At least nine people have been killed in Barguna, Narail, Sirajganj districts and the island district of Bhola, news agency AFP reported. Cyclone 'Sitrang' has hit Bangladesh coast near Barisal while crossing West Bengal coast. The Meteorological Department has given this information today on October 25 in the morning.

Cyclone Sitarang may have weakened in India, but the alert is still going on in many states. The Meteorological Department has predicted very heavy rains in many areas including Odisha, Bengal, Mizoram on 25 October 2022. In view of the situation, the governments of both the states are on alert mode. At the same time, a red alert has been issued in Assam, Meghalaya, Tripura, Mizoram.

Nine people lost their lives in Bangladesh after being hit by Cyclone Sitarang. The wind speed is about 100 kilometers per hour. At the same time, the effect of this cyclone has started showing in India too. Tide has started rising on Bakkhali beach in South 24 Parganas of Bengal. Tourists and locals are being warned not to go near the sea.

The effect of Cyclone Sitarang is also visible in Assam. Many houses were damaged due to the cyclone. Heavy rain and storm have hit Nagaon district of Assam. Several trees and electric poles were also uprooted in different parts of the region due to the cyclonic storm that hit Monday night. According to news agency ANI, several houses have been damaged in Kaliabor, Bamuni, Sakmuthia Tea Garden and Borligaon areas of central Assam district due to the storm. No casualties have been reported in the area so far from the storm.