The matter is being investigated, whoever is responsible in the fire accident, strict action will be taken against him. After the death of a youth in Ghaziabad, the number has increased to 9. 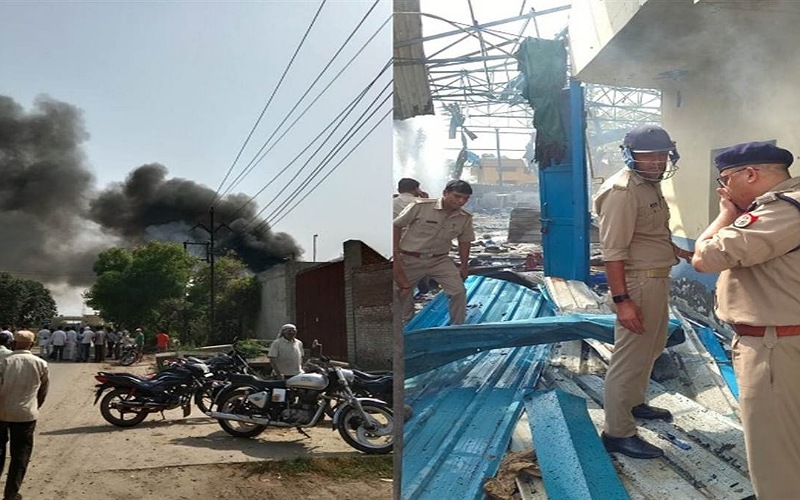 A major fire broke out in a factory manufacturing electric goods in Hapur district of UP. In which 8 people died. At the same time 15 people were injured, who have been taken to the hospital. CM Yogi Adityanath has ordered an inquiry in the matter. An injured youth died during treatment at a hospital in Ghaziabad. Due to this the death toll has increased to 8.

Hapur IG Praveen Kumar said eight people were killed and 15 were injured in an explosion at an electronic equipment manufacturing unit. All the injured have been admitted to the hospital.

Prime Minister Narendra Modi has also expressed grief in this accident. On behalf of the PMO, the tweet said, "The accident in the chemical factory of Hapur, Uttar Pradesh is heart-wrenching. I express my condolences to the families of those who have lost their lives. Treatment of the injured and everything else possible. The state government is actively involved in helping."