Stan Swamy and his co-accused had complained of poor health facilities in prison and alleged neglect by officials for medical aid, tests, hygiene and social distancing during Covid pandemic at the courts 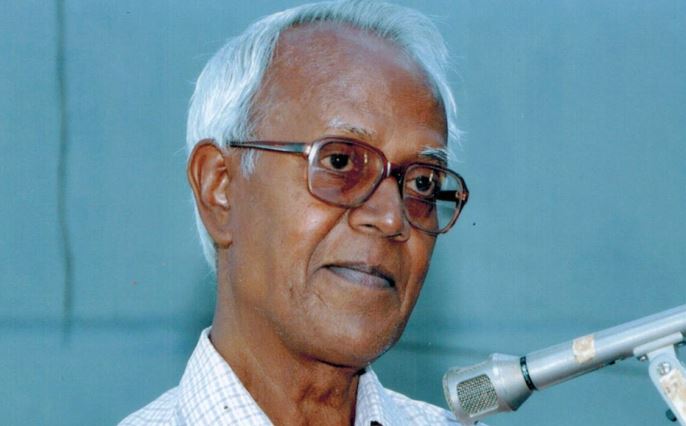 An elderly octogenarian Parkinson’s disease ailing Christian priest held under the anti-terror UAPA law breathed his last while his request for bail, which was denied many a times earlier, was again being presented to the High Court again, today.

Stan Swamy, an 84 year old Jesuit Priest and activist held put behind the bars under the dreaded UAPA Act in the Elgar Parishad (Koregaon-Bhima) case since last year, died today afternoon at the Holy Family Hospital in Mumbai. The activist-priest was on a ventilator since yesterday after his health conditions had drastically plunged.

Even this treatment to Swamy at the Holy Family Hospital in Mumbai was thanks to a court order around a month back. Even during the proceedings, wherein he had received this favour from the courts, the National Investigation Agency (NIA) had opposed his receiving his medical attention at a private hospital and in their view JJ Hospital would have sufficed, to which, Swamy had said: "I'd rather die here in prison."

Since October at Taloja prison in Navi Mumbai, Stan Swamy fought hard to his last – even for the smallest of his requirements. It was after a long battle in the courts, and as late as December 2020, that he was allowed a straw and a sipper in jail, which he had requested on account of Parkinson's disease.

Many activists, academicians, liberals, intellectuals from across the country broke down today and showed their grievance on his demise. They all feel that the law enforcement agencies under the new government have become too inhumane in their approach.

UAPA law has always come under heavy criticism as only 2% of those charged could be convicted.

Most Indian citizens feel that the anti-terror law is being used against the minorities (especially Muslims), Dalits, SC/STs, oppressed, dispossessed and suppressed, and those who do not gel well with the present government’s ideological leanings. They feel that the stringent law is heavily misused as punishment solely for being divergent to a certain ideology rather than any real crime. Many who have been arrested and put behind bars under UAPA and other terrorism laws are imprisoned for years, some even for more than a decade, before the courts find them innocent.

“UAPA has become a convenient tool to target activists, religious and ethnic minorities and to spawn fear among people to manufacture a rationale for an authoritarian state to act with impunity,” says Vrinda Grower, Senior Lawyer.

Although UAPA has in existence since 1967, dedicated chapter was inserted in 2004 towards punishing terrorist activities. In 2019, the law was amended again, allowing the government to call individuals as “terrorists”. Earlier, this nomenclature was reserved for designated organisations, and not individuals.

Stan Swamy was arrested by NIA in October from his home in the wee hours. He was picked up in relation to an event which occurred on December 31, 2017 in Koregaon-Bhima near Pune. The event was followed by violence and arson and caused the death of one person. Investigators had claimed that activists at the event, an Elgar Parishad meet, had made inflammatory speeches and they feel that those provocative statements itself led to violence the next day.

The NIA alleged that leaders of CPI (Maoist), a banned organisation under UAPA, were closely related to the organisers of the Elgar Parishad event and the arrested activists. NIA feels that those held wanted to spread Maoist and Naxal ideology and were either involved in or were fanning unlawful activities.

NIA had also opposed his bail plea and had said there was no "conclusive proof" of his medical ailments. The agency felt that Swamy was a Maoist who had plotted to cause unrest in the country. But does that mean even the least of the humane actions would be denied to Swamy?

Swamy had requested the High Court via video-conferencing that his health had consistently declined since he was brought to Taloja prison and if he felt that if he was not granted interim bail, he "would die soon". He had also requested medical treatment and interim bail multiple times.

Last week again, Swamy had filed a fresh plea for bail in the Bombay High Court, challenging the his imprisonment under the UAPA Act. But when the hearing started today, Swamy’s lawyer told the High Court that the activist had died.

Swamy, who was recently diagnosed Covid positive and needed ICU hospitalisation, had continuously in the past complained about the poor health and hygiene facilities in prison to the court. He had alleged neglect by the jail authorities for medical aid, tests, hygiene and social distancing in the time of Covid.

Swamy had earlier worked with tribals in Jharkhand for over five decades. And NIA felt and accused him of having links with the Naxals, especially the banned CPI (Maoists).