Following the Friday breakdown of a glacier near Niti Valley in Uttarakhand, the Army recovered 8 bodies on Saturday and managed to rescue nearly 384 people who were working at a Border Roads Organization camp in the region until late evening. 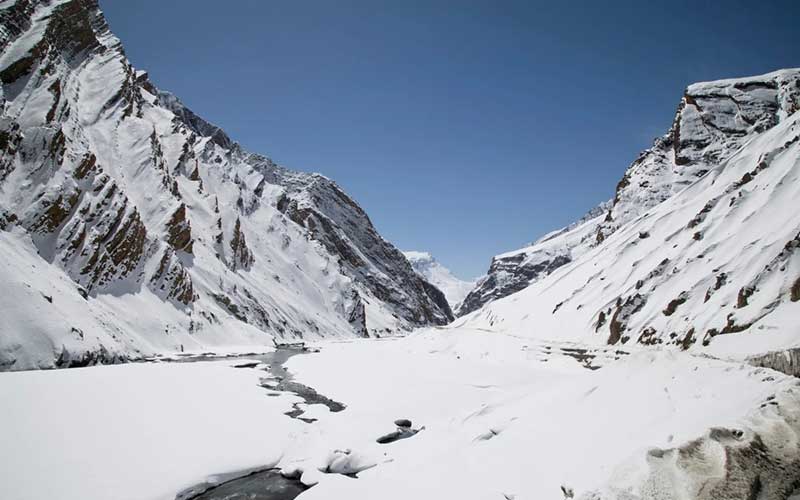 Following the Friday breakdown of a glacier near Niti Valley in Uttarakhand, the Army recovered 8 bodies on Saturday and managed to rescue nearly 384 people who were working at a Border Roads Organization camp in the region until late evening.

Last night's rescue operations were hampered by bad weather, though they are now underway. According to sources, the operations began to round up people in batches.

The Army said in a statement that "an avalanche hit a position about 4 km ahead of Sumna on Sumna-Rimkhim road in Uttarakhand," which is on the "Joshimath-Malari-Girthidobla-Sumna-Rimkhim axis."

“For road construction work along this axis, there is a BRO detachment and two labour camps nearby. An army camp is 3 kilometres from Sumna (roughly 1 kilometre from BRO Sumna Det).” The region has been hit by "strong rains and snow" for the past five days, as per the release.

Multiple landslides have cut off the road access at four to five locations, according to the Army, and Border Roads Task Force teams from Joshimath "have been working to clear slides en route from Bhapkund to Sumna since last evening," with "another 6 to 8 hours planned to clear this complete axis."

A BRO Camp “came under avalanche conditions during heavy snowfall in Sumna region of Joshimath Sector in Chamoli district of Uttarakhand” on Friday, an official mentioned. Blizzard conditions hampered relief efforts until late in the evening when they started.

According to the official, “another 150 GREF persons trapped in the BRO Camp were rescued and brought to safety” during a night rescue operation “undertaken by the Army.” BRO is in charge of the General Reserve Engineer Force. “To find people either trapped under snow or stranded at worksites since late evening,” rescuers worked until late Friday night.

People were discovered and saved in batches, according to the official. Four more batches of 37, 22, 9, and 19 were rescued and taken to safety during the night, bringing the overall count to 291 during the night.

The operation had to be suspended due to the weather, which makes it difficult to continue the rescue work. The weather had “turned pretty hostile” during the night, according to the official, and more than the expected number of people had been rescued, which was about 280. The Army personnel, on the other hand, were to "start afresh at first light" to "mop up the field" for any others.

On Friday evening, Uttarakhand Chief Minister Tirath Singh Rawat tweeted about the incident. “I have issued a warning in response to reports of a glacier breaking off in Sumna, Neeti Valley. I keep in contact with the district administration and BRO on a regular basis.”

“The district administration has been directed to obtain all relevant information regarding the case. Orders have been issued to stop work at night for NTPC and other projects so that no untoward incident occurs,” he said in another tweet.

Rawat also claimed that the incident was reported to Union Home Minister Amit Shah, who "assured full assistance to Uttarakhand" and "instructed the ITBP to be careful."