74 percent of active cases are in Kerala and Maharashtra: Health Ministry

The Health Ministry has asked these states to take certain measures such as an increase in testing and surveillance mechanism to contain the spread. 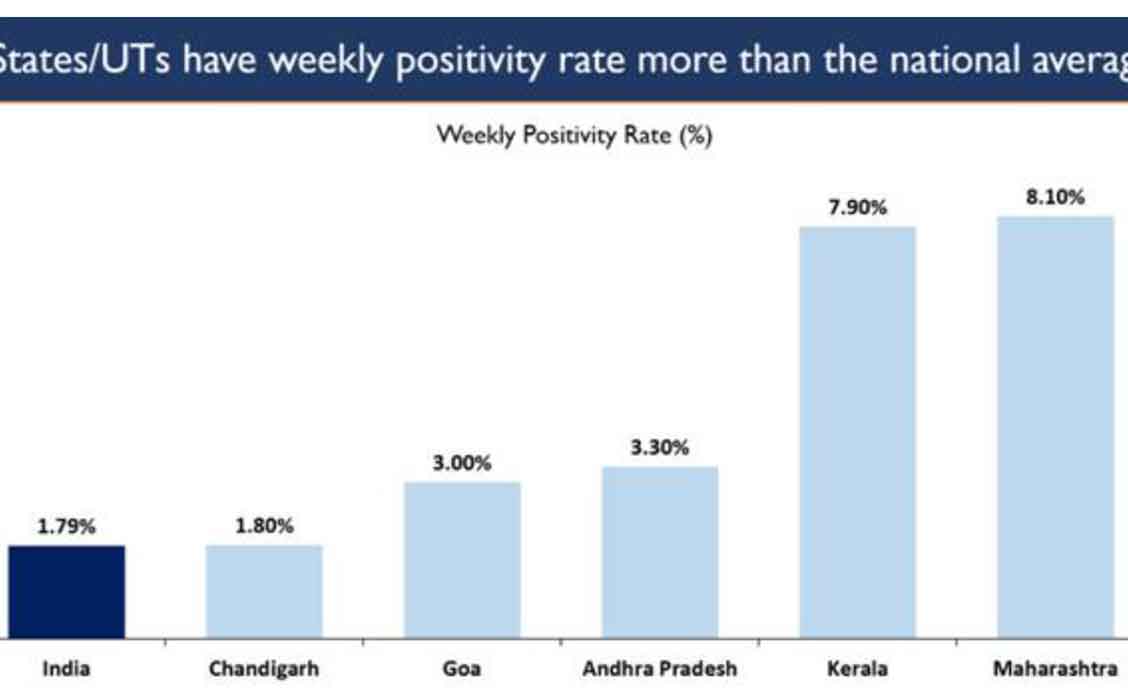 The Health Ministry has expressed its concern about the rise in Cvodi-19 cases in some parts of the country in the past few days.

While Kerala has been battling with the continuous spread of the virus, of late, Maharashtra, Chhattisgarh, Madhya Pradesh, Punjab, and Jammu, and Kashmir have shown an increasing trend in the spread of infection.

According to the latest press release of the Ministry of Health and Family Welfare, two states that still contribute to 74 percent of daily Covid-19 active cases in India are Kerala and Maharashtra.

The four weeks average in Kerala has fluctuated between 42,000 to 34,800 and one of the districts, Alappuzha has shown the highest number of increase, ie, 10,7%.

Maharashtra has witnessed an almost three times increase in the spread of infection in the last three weeks as the daily cases have gone up from 2000 to over 6000 during these periods.

Certain areas in Punjab such as SBS Nagar have witnessed a sharp increase in the positivity trend prompting the Health Ministry to issue directions to improve testing numbers and refocus on strict and comprehensive surveillance.

Besides the focus on testing and surveillance, the Health Ministry has also asked the state for regular monitoring of the mutant strains through testing followed by Genome Sequencing, as well as monitoring of the emerging cluster of cases.