“It is the hottest day in March since March 31, 1945, when the national capital recorded a maximum of 40.5 degrees Celsius,” stated Kuldeep Srivastava, the head of the IMD’s regional weather forecasting centre. 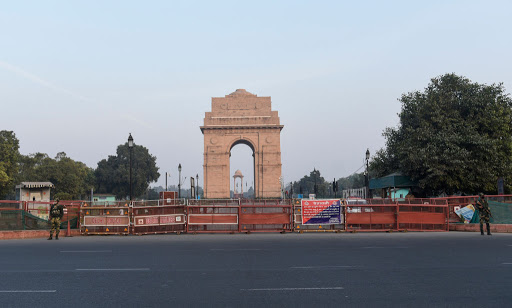 This year's Holi celebration was one the warmest ones in Delhi in the last 76 years when the mercury rose to 40 .1°C. Just like in 1945, on 31st March the temperature also soared to 40.5°C, making it the warmest March day.

India Meteorological Department (IMD) recordings state that the city witnessed the first heatwave of the season on holi, as the maximum temperature rose to 8°C above normal. However, the experts believe that the temperature may drop and hover around 35°C to 38°C in the next five days, as wind speeds are expected to pick up.

While the city’s minimum temperature, on Monday, stood at 17.8°C, the maximum temperature recorded at the Safdarjung observatory, as per a Hindustan Times report, which is considered the official marker for the city, rose to 37.3°C. Whereas the severe heatwave gripped Delhi raising the mercury level to 40.1°C. The Met official confirms that on Monday the temperature was 8 degrees above the season’s normal.

The head of the IMD’s regional weather forecasting centre, Kuldeep Srivastava, said that the maximum temperature recorded on Monday was also the highest in 76 years. “It is the hottest day in March since March 31, 1945, when the national capital recorded a maximum of 40.5 degrees Celsius,” he said. While the city’s minimum temperature settled at 20.6 degrees Celsius, three notches above normal.

“From Tuesday, the maximum temperature will come down because of strong winds that are expected to blow in the city. The pollution levels are also likely to improve drastically because of the winds,” Srivastava added.