4 terrorists killed in two encounters in Shopian, SPO Javed-Bengal was involved in the killing of the laborer

One terrorist was killed in the very beginning of the encounter. Confirming the death of the terrorist, the police said that he is yet to be identified but he is said to be a local. Currently the campaign is going on. 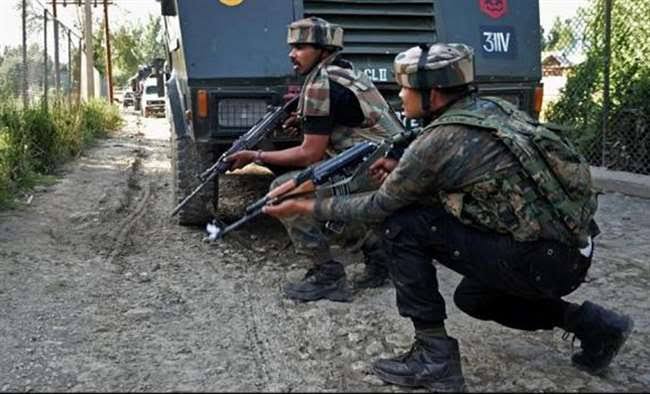 This encounter, which started in Drach Shopian on Tuesday evening, had just ended, that the encounter between security forces and terrorists has started in Molu areas of Shopian as well. Two to three terrorists are reported to be hiding here too. Police say that one terrorist has been killed at the very beginning of the encounter. At present, the campaign is going on here. The slain terrorist is yet to be identified.

Confirming the killing of three terrorists, ADGP Kashmir Vijay Kumar said that all three belonged to the Jaish-e-Mohammed terrorist organization. He said that the terrorists killed include Hanan bin Yacoub and Jamshed. Both of them were recently involved in the killing of SPO Javed Dar in Pingalana, Pulwama and a laborer from West Bengal in Pulwama.

The encounter between security forces and terrorists started on Tuesday evening in Drach Keegam area of ​​Shopian, police said. The security forces started a search operation here after getting information about the sighting of the terrorists, which later turned into an encounter. Taking advantage of the darkness of the night, the terrorists should not escape, that is why the security forces first laid siege of the entire area and also arranged for special lights. It is being told that the continuous firing continued throughout the night. The terrorists were given an opportunity to surrender early in the morning but when they did not agree, one after the other the three terrorists were killed.

As the encounter was over in Shopian Drach Keegam area, there was information about the sighting of terrorists in Molu area of ​​Shopian in the early hours of today. A team of security forces immediately reached the area and started a search for the terrorists while laying siege. The terrorists hiding here, seeing the security forces coming near them, opened fire on them. The soldiers also immediately took up the position and started retaliatory firing. One terrorist was killed in the very beginning of the encounter. Confirming the death of the terrorist, the police said that he is yet to be identified but he is said to be a local. Currently the campaign is going on.