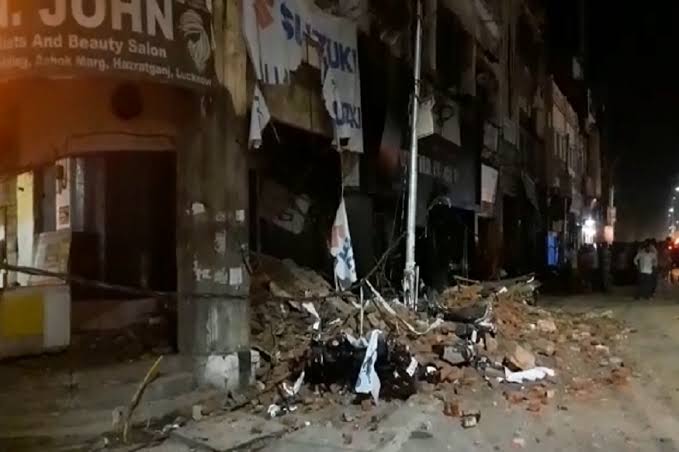 The 4-storey Alaya Apartment, located on Wazir Hasan Road in Lucknow, the capital of Uttar Pradesh, suddenly became full on late Tuesday evening. There were 12 flats in this 4 storey building. After the accident, a large number of people are feared to be buried under the debris, because the repair work of the building was going on at the time when the accident happened. However, no one had any idea of ​​the collapse of the building. This accident has happened suddenly. At the same time, on receiving the information, teams of SDRF, NDRF and Fire Brigade reached the spot, which are engaged in rescue work.

Rescue teams engaged in relief work have so far pulled out three bodies and two injured, whose condition remains critical. Here, as soon as the news of the accident was received, Deputy Chief Minister Brajesh Pathak also reached the spot. Relief and rescue work is going on in full swing and the injured have been shifted to the hospital. On receiving the information, the Chief Minister of the state Yogi Adityanath has also instructed the teams of SDRF and NDRF to speed up the relief and rescue operations. Expressing grief over the accident, Chief Minister Yogi Adityanath has wished the injured to get well soon.