4 months in prison to Man who slapped French President

A man, on Thursday, was sentenced to 18 months in prison, with 14 months suspended, for slapping French President Emmanuel Macron in the face at a meet-and-greet on Tuesday. 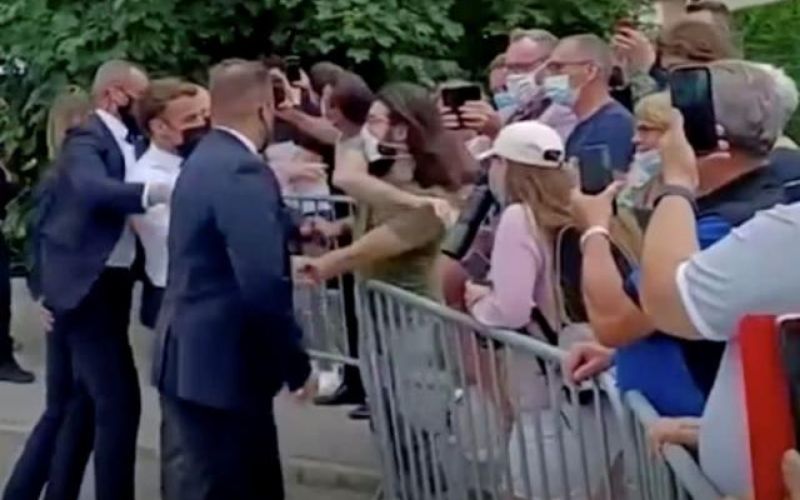 According to a report, a judge sentenced a man who slapped French President Emmanuel Macron in the face this week to serve four months in prison.

When the French President was shaking hands with members of the public during a walkabout on Tuesday, Damien Tarel, 28, an unemployed fan of mediaeval swordsmanship who claimed to be a right-wing sympathiser, attacked him.

According to a broadcast, Tarel was sentenced to 18 months in prison, although 14 of those months were suspended.

Tarel had previously told the judge in Valence, southern France, that he acted because the president represented all that was wrong with France, as per the reports.

Tarel stated he considered throwing an egg or a cream tart at Macron several days before his visit to the Drome region in southern France, but that the slap was not intentional.

"I believe Macron accurately reflects the degradation of our country," he told the court. "I doubt Macron would have replied if I had challenged him to a sunrise duel."

Macron has classified the attack as a one-off occurrence and has stated that violence and hatred pose a threat to democracy. However, his office didn't respond to a request for comment on Tarel's courtroom statements.

Tarel was charged with assaulting a public official, which carries a maximum sentence of three years in prison and a fine of 45,000 euros.

When France was still a monarchy, he could often be heard shouting "Montjoie Saint-Denis," the army's war cry.

He was quoted as telling the court, "It's a patriot's slogan."

Tarel admitted to police investigators that he was a member of the anti-government "yellow vest" protest movement that rocked Macron's presidency and that he possessed ultra-right-wing political views.

Tarel was described by his acquaintances as a man who enjoyed period role-playing and was not a troublemaker. He was not a part of any political or militant organisation, according to the prosecution.

Tarel and a second man from his hometown of Saint-Vallier were apprehended.

In the second man's residence, police discovered guns, a copy of Adolf Hitler's autobiographical autobiography Mein Kampf, and a red flag with a golden hammer and sickle, the communist movement's symbol, according to local prosecutor Alex Perrin.

The second man will not face any charges in connection with the slapping, however will be prosecuted in 2022 for illegally possessing weapons.