Two local businessmen, including two terrorists, were killed in an encounter at Hyderpora in Srinagar on Monday. Police claim that both the businessmen were helpful to the terrorists. 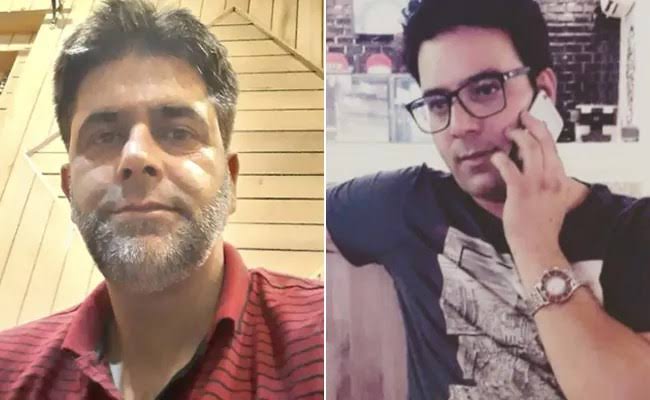 Two local businessmen, including two terrorists, were killed in an encounter at Hyderpora in Srinagar on Monday. Police claim that both the businessmen were helpful to the terrorists. Dr. Mudasir Gul and Altaf Bhatt, who were killed in the operation, had shops in a commercial complex located there. Dental surgeon Mudassir Gul used to run the computer center in this complex. Altaf was the owner of this commercial complex and also ran a hardware and cement shop there.

This call center was used to conduct terrorist activities. Kumar said that we had approached Mudasir and Altaf's family for burial as we could not hand over the bodies to the families due to law and order situation. We took the bodies to Handwara where they were buried.

The relatives of Altaf Ahmed Bhatt and Dr. Mudasir Gul allege that both were killed by the security forces. Bhaskar.com has videos of family members in which it is being claimed that security forces have killed common people. There was no terrorist at the spot. There were no gunshots.

The security forces called the landlord Altaf Ahmed and Dr. Mudasir Ahmed, who runs the call center in the rented shop, to investigate the suspicious call center in the building. In the search after the encounter, incriminating material including 2 pistols, 3 magazines, 6 mobile phones, a call center (6 computers), foreign numbers, diaries with alpha-beta-gamma codes, an American map were recovered. Digital evidence indicates that fake call centers were created for logistic support to active terrorists.