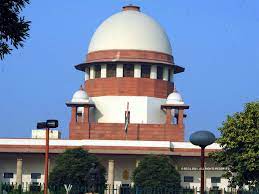 According to the Times of India report, on January 4, at Justice RS Reddy's Farewell Tea Party, a judge suffering from fever is suspected of infecting the fellow judges of his bench and two other judges.

Already more than 150 employees in the Supreme Court have been quarantined either after being found positive or because a member of their family has been found to be Covid positive.

The circular said that only urgently 'mentioned' cases, fresh cases, bail matters, adjournment matters, detention cases and fixed date cases would be brought before the courts from January 10 till further orders.