The Twitter storm of #UmarKoRihaKaro comes against the backdrop of Monday’s custody death of Father Stan Swamy, a priest who was jailed in connection with The Bhima Koregaon violence and considered " a prisoner of conscience” like Umar. 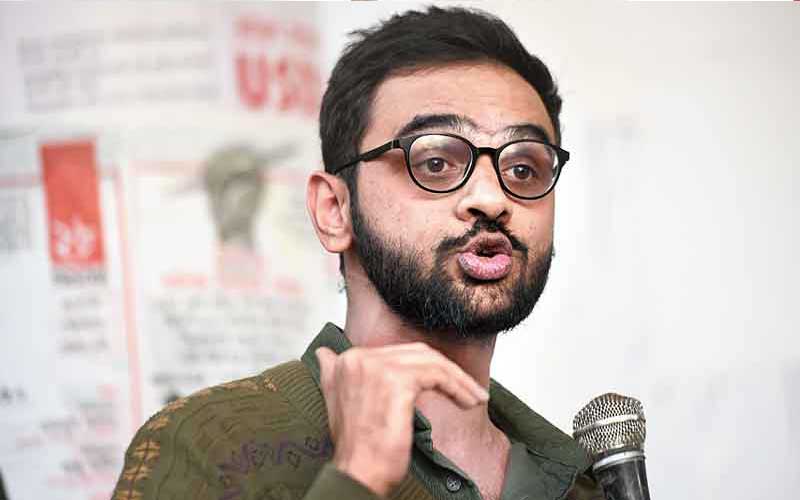 Countless activists stood in solidarity over the internet, as they tweeted #umarkorihakaro yesterday. The simple and poignant act was done to highlight that 300 days are too many and the authorities must take cognisance of this case.

Dubbing the UAPA as a barbaric law, countless activists have time and again made a case for the release of political prisoners who were unfairly maligned just for having the courage to dissent against what they considered wrong. The Twitter storm of #UmarKoRihaKaro comes against the backdrop of Monday’s custody death of Father Stan Swamy, a priest who was jailed in connection with The Bhima Koregaon violence and considered " a prisoner of conscience” like Umar.

A cultural event was conducted on Facebook in solidarity with jailed activists and in memory of Father Stan, where theatre personalities Danish Hussain and Quasar Thakore Padamsee, singer Moushumi Bhowmik and actor Suhaas Ahuja performed. Poet Nabiya Khan recited a new poem titled You are the Revolution on Umar and other “political prisoners”.

Various poets, authors and lawyers came out in supoort of Umar Khalid.

Congress social media convener, Hasiba Amin drew parallels with a youth who shot and injured an Jamia Millia Islamia student last year, and recently delivered an incendiary speech in Pataudi, Haryana, while out on bail. She tweeted: “300 days of being behind bars for exercising his constitutional right to dissent against an unconstitutional law, while those like Rambhakt Gopal who shoots a gun & threatens to kill Muslims remain free. What a shame!”

Poet activist Nabiya Khan notes that, “With every arrest of fearless path breakers and dedicated activists like Umar Khalid, democracy in India dies a thousand deaths. Umar Khalid and others like him who are falsely incarcerated are losing precious years of their lives because they stood up against the fascist government. We must remember each and every political prisoner in these times.”

Former JNU student leader Umar Khalid was arrested on September 13, 2020 under the stringent anti-terror law, Unlawful Activities (Prevention) Act, in a case related to involvement in communal violence in north east Delhi in February. He has also been booked for the offences of sedition, murder, attempt to murder, promoting enmity between different groups on grounds of religion and rioting.