A huge amount of cash, amounting to at least Rs 15 Crores, was recovered from the residence of Arpita Mukherjee at Belgharia. Reportedly, she is a close aide of West Bengal Minister Partha Chatterjee. 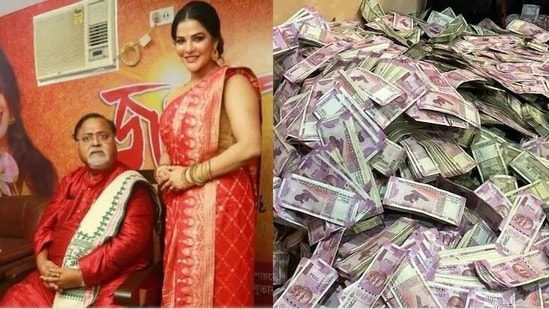 Arpita Mukherjee's troubles are increasing in the West Bengal teacher scam. The Enforcement Directorate (ED), which is probing the case, on Wednesday once again raided his Belgharia flat in which huge cash was found. So far Rs 20 crore has been counted in the raids conducted on Wednesday.

Counting of cash is still going on under the supervision of the investigating agency. Three machines have been installed to count the notes. Apart from this, a large amount of jewelry has also been found. According to sources, three kg of gold has been seized from Arpita herself. Its cost is around 1.5 crores. In all, 41 crores of cash and jewelry worth 2.5 crores have been seized so far.

#WATCH | West Bengal: Hugh amount of cash, amounting to at least Rs 15 Crores, recovered from the residence of Arpita Mukherjee at Belgharia.

She is a close aide of West Bengal Minister Partha Chatterjee. pic.twitter.com/7MMFsjzny1

On July 23 also, the ED raided the premises of Minister Partha Chatterjee and his close aide Arpita Mukherjee. Rs 21 crore in cash and jewelry worth Rs 1 crore were found at Arpita's house. Many bundles of Rs 500 and Rs 2000 notes were stuffed in bags and bags in a room. The agency also got the documents. Thereafter both were arrested. In all, 41 crore cash has been recovered from Arpita's house so far. Cash counting is still going on. Apart from this, a significant amount of jewelry has also been found. The investigating agency is still assessing it.

ED has sealed one of the two flats in Arpita's Belgharia Town Club. In the notice, Arpita has been given the reason for not paying maintenance of Rs 11,819.