2 plants were successfully harvested in space by a NASA astronaut

The experiment is significant because pollination is needed for fruit crops, and crews need to know how the process works in microgravity and, finally, reduced gravity. 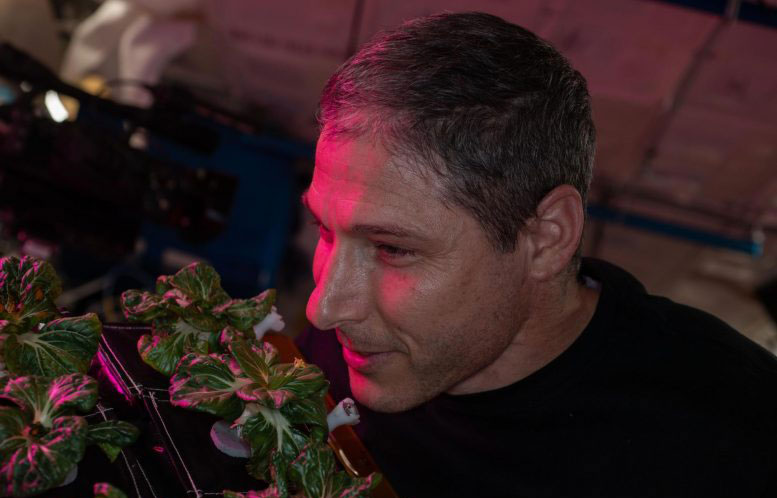 Michael Hopkins, a member of NASA's Expedition 64 team, has harvested two crops in space: ‘Amara mustard and a previously grown crop, ‘Extra Dwarf pak choi. According to the US space agency, they grew for 64 days, making them the longest leafy greens ever grown on the station.

After a long period of development, the pak choi began to flower as part of its reproduction cycle. Hopkins used a small paintbrush to pollinate plant flowers in order to surpass the target.

Matt Romeyn, a space crop development project scientist and science lead on the four-plant experiments, said in a statement on Tuesday, "I wasn't shocked that he chose this route to ensure the plants were completely pollinated because he has always wanted to be really active. We saw a high seed output rate after he used the paintbrush”.

Hopkins served the pak choi with leaves marinated in an empty tortilla bag as a side dish. According to NASA, he added soy sauce and garlic and cooked it for 20 to 30 minutes in a small food warmer.

Hopkins clarified that astronauts have been eating the Amara mustard "like a lettuce wrap," adding ingredients like chicken, soy sauce, and balsamic vinegar.

After tasting Amara mustard grown in space, he wrote in the experiment notes, "Delicious, plus the texture or crunch."

Fresh crops provide an enticing complement to the astronauts' pre-packaged food, which provides variety and nutrition. Hopkins described the plants as a pleasant "connection to Earth," and that connection is one of the reasons he devotes his spare time to space gardening.

The experiment is significant because pollination is needed for fruit crops, and crews need to know how the process works in microgravity and, finally, reduced gravity.

Later this year, the Kennedy Space Center will send pepper seeds to the International Space Station as part of the Plant Habitat-04 experiment. The pepper seeds will travel to the Advanced Plant Habitat on SpaceX's 22nd Commercial Resupply Services mission. According to NASA, a VEG-05 experiment with dwarf tomatoes is also scheduled for Veggie next year.