Earlier, Eknath along with his 40 MLAs reached Guwahati from Surat at 6.20 am on Wednesday by a special flight. BJP leaders received him. He was taken to the hotel by three buses outside the airport. Tight security arrangements were made during this time. 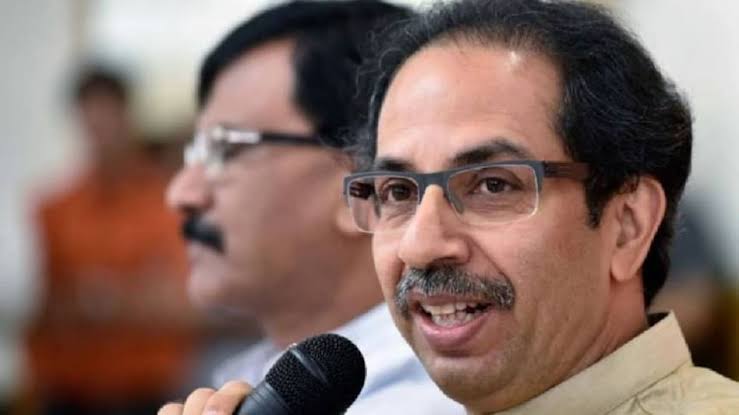 The political crisis in Maharashtra is deepening. It is reported that two more Shiv Sena MLAs Sanjay Rathore and Yogesh Kadam have come out in support of Eknath Shinde and have left for Guwahati from Mumbai. In this way so far 42 MLAs are seen standing against the Uddhav government. By evening this figure can go up to 50.

At Guwahati airport, Eknath Shinde reiterated that we will take Balasaheb Thackeray's Hindutva forward. Earlier, he had said at Surat airport that we have not left the Hindutva of Balasaheb Thackeray. I want Uddhav Thackeray to form government with BJP. Eknath said that 40 MLAs have come to Guwahati with us. It is being told that 33 MLAs are from Shiv Sena and 7 MLAs are independent.

On Tuesday, Eknath had claimed that there are 41 MLAs with me, of which 34 are from Shiv Sena and 7 are independents. Later news came that MLA Nitin Deshmukh was admitted in the hospital. It was alleged that he was assaulted, after which he was taken to the hospital. His wife wrote a missing complaint in Akola and now a team of Maharashtra Police is about to reach Surat. Including these, there were 41 rebel MLAs.

Eknath Shinde, who was camping in Gujarat with 41 MLAs of Maharashtra, has put the condition of alliance with BJP in front of Uddhav Thackeray. Uddhav had sent Milind Narvekar to talk to Shinde. The meeting between Narvekar and Shinde lasted for about an hour. Narvekar got Shinde to talk to Uddhav over the phone.