11,027 OBC medical seats denied in 4 years for lack of implementation

OBCs are being denied the mandatory 27% reservation, in all-India quota seats, which are pooled from various state colleges. This has resulted in diversion of 11,027 seats for OBC students to general category 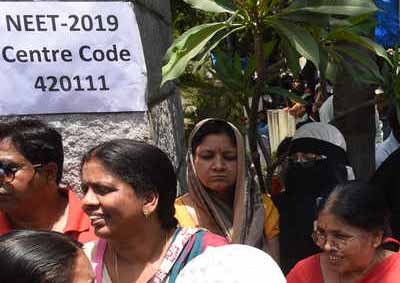 It has been alleged that since 2017, under NEET, OBCs were being denied the mandatory 27% reservation, in all-India quota seats, which are pooled from various state colleges.

Our issues reflected in the complaint are genuine, and "our probe may result in a major outcome.", an official said.

Under NEET, 85% seats(state quota) are reserved for state domicile candidates for seats falling in those states. The remaining 15% seats(All-India quota) are pooled from state and central institutions and are open to candidates from across states.

The government argues that Mandal reservation applies only to seats from All India Intuitions and not state colleges as per Central Educational Reservation Act However the complaint says that if the seats were pooled from state run college for "All-India" would have remained in the state, the OBC would have availed the reservation.

Explaining the cause, the complaint said that in 2020, Tamil Nadu had 1,758 seats under PG courses. Out o these, 879 seats were pooled for all-India quota in which OBCs are not getting any reservation. If these seats remained in Tamil Nadu, 440 students under OBC would have availed these. The same applies to all states, said the complaint.

However, this year too the medical examinations will be held without implementing the reservation norms for other backward classes (OBC) capped at 27%. All India Federation of OBC Employees Welfare Association, the move by the Ministry of Education is estimated to have deprived 11,027 aspirants belonging to the OBC category from the admissions process in medical and non-medical colleges within a span of four years across the country.

NEET 2021 is scheduled to take place on 12th September.