100,000 have been internally relocated in Myanmar's Kayah State due to conflict: UN

The organisation also raised alarm over the “rapidly deteriorating security and humanitarian situation” in Kayah State and other parts of Myanmar's southeast. 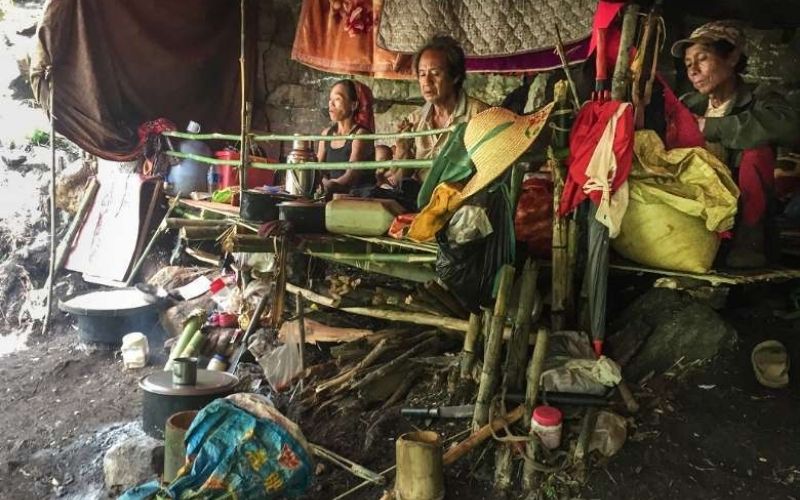 People shelter in the jungle near Demoso, Kayah state, after they fled fighting between the Myanmar military and the Karenni People’s Defense Forces on 1st June. (Photo Credit: AFP)

According to a statement released by the United Nations in Myanmar on Tuesday, an estimated 100,000 people have been internally displaced as a result of violence in Myanmar's Kayah State. The organisation also raised alarm over the “rapidly deteriorating security and humanitarian situation” in Kayah State and other parts of Myanmar's southeast.

"Latest violence in Kayah State has resulted in the internal displacement of an estimated 100,000 men, women, and children, including indiscriminate assault by security forces against civilian communities. Many of them are currently taking refuge in host villages and forests in Kayah and southern Shan state, according to the United Nations in Myanmar. Also, it warned that citizens displaced by the situation will be compelled to cross the international border, as seen in many other areas of the country.

The UN stated that needs such as food, water, shelter, fuel, and access to healthcare are urgently needed by those affected by the violence, and that relief materials are ready to be dispatched. However, the delivery of these goods is being delayed due to persistent unrest, security forces' travel restrictions, and poor road conditions, according to the report. It also urged security forces to let humanitarian supplies and help to reach those in need in Kayah and neighbouring states.

“The United Nations reaffirms the Secretary General’s call for a global ceasefire made in March 2020 and to team up to address the growing threat of another outbreak of Covid-19 and other humanitarian and health issues,” it added.

According to the news agency, Stephane Dujarric, a spokesperson for UN Secretary-General Antonio Guterres, said on May 20 that an estimated 4,000 to 6,000 refugees have sought asylum in India. In addition, the United Nations Refugee Agency (UNHCR) reported on the same day that 60,700 women, children, and men were internally displaced as of the second week of May 2021. According to a report, Dujarric further stated that around 1,700 refugees crossed the border into Thailand in March and April, with most of them returning.