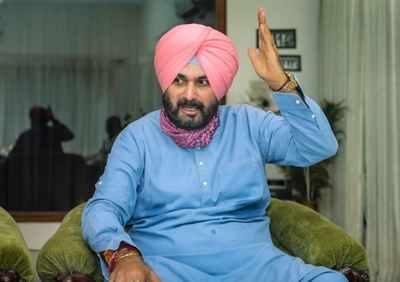 New Delhi: Prof. Bhim Singh, President of J&K National Panthers Party strongly condemned the remarks made by Punjab Congress Chief Navjot Singh Sidhu’s assistants Mali and Garg. Prof.Bhim Singh who is known for his stand on Jammu and Kashmir said," it is unfortunate that a person of the status of Mr. Sidhu, a hero of the people of India for his cricket excellence is using his assistants to make such statements about J&K which can be dangerous for the security and the unity of the State and harm the national security and integration of the people of J&K with the rest of the country." He advised Mr. Sidhu to devote more time and his excellence in promoting cricket, the most popular sport in India and abroad.

While one of his assistants Mali had claimed that “Kashmir is a country of Kashmiri people”, the other one Garg had taken a swipe at Punjab CM Amarinder Singh for criticizing Pakistan. This is a conspiracy hatched by the ignorant people to destabilize Capt. Amarinder Singh for their own vested self-interests. Chief Minister of Punjab, Capt. Amarinder Singh has been a great leader and has sustained under all attacks and anti-people propaganda by BJP.

Kashmir is not only for Kashmiri people, it is for all Indians as India is also for all Kashmiris as all Kashmiris are Indians for centuries. When Maharaja Hari Singh decided to go with India during the unfortunate division of the country, all Kashmiris including Sheikh Mohd. Abdullah decided to stand by India because he was an Indian first and Kashmiri later.  Prof.Bhim Singh hoped that in the future Mr. Sidhu would think and not allow his advisors to make such statements against national interest. He said that such statements issued by his assistants who have no locus standi in Punjab or India’s politics will hurt the country. Prof.Bhim Singh hoped that Mr. Sidhu being a patriot will never allow delivering any such statements on any national activity, which has been done by his assistants Mali and Garg. It is below Mr. Sidhu’s heroic personality, dignity and national interest.