'Metro City Kanpur will soon have its own airport'- CM Yogi

The CM said that with the Smart City Mission, Kanpur is moving towards becoming a city with state-of-the-art facilities. He said that efforts are being made to reconnect Kanpur with air connectivity. He said that soon metro city Kanpur will also have its own airport. 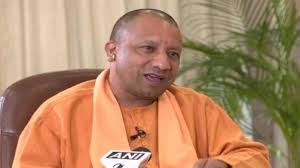 Uttar Pradesh Chief Minister Yogi Adityanath said that the Ganga has become uninterrupted and clean in Kanpur. The work of the second and third phase of Metro is also going to be completed soon. He said that Kanpur is the focal point of one of the two defense corridors. The CM said that with the Smart City Mission, Kanpur is moving towards becoming a city with state-of-the-art facilities. He said that efforts are being made to reconnect Kanpur with air connectivity. He said that soon metro city Kanpur will also have its own airport.

Chief Minister Yogi Adityanath was speaking on the occasion of Prabuddha Jan Sammelan in Kanpur on Friday. He also dedicated and laid the foundation stone of 272 development projects worth Rs 388 crore in Kanpur on the occasion. CM Yogi said that Kanpur was once called the Manchester of North India, not only for UP but also for the youth and citizens of North India and it became a victim of chaos, anarchy, shutting down industries. He said that the campaign has been carried forward under the leadership of PM Modi to restore the city's old identity, in which first of all efforts have been made to maintain the uninterruptedness and purity of Maa Ganga, the identity of Kanpur metropolis.

CM said that Kanpur was considered to be the most critical point of Namami Gange. He said that people used to say that Kanpur is causing pollution, all the sewerage of Kanpur goes into Ganga ji, Ganga ji is not even worth bathing anywhere. But the result of the experiment done in Kanpur is that Ganga has remained uninterrupted and clean in Prayagraj too, two examples of this are clear. Firstly, by completely closing the Sisamau drain in Kanpur, we have converted it into a selfie point. Secondly, near Jajmau where not a single aquatic creature was left, today aquatic creatures are again visible in the Ganges.