Finally, after A year And Half A Punjabi Film, ‘PUAADA ’ Will Hit The Theatres On August 12 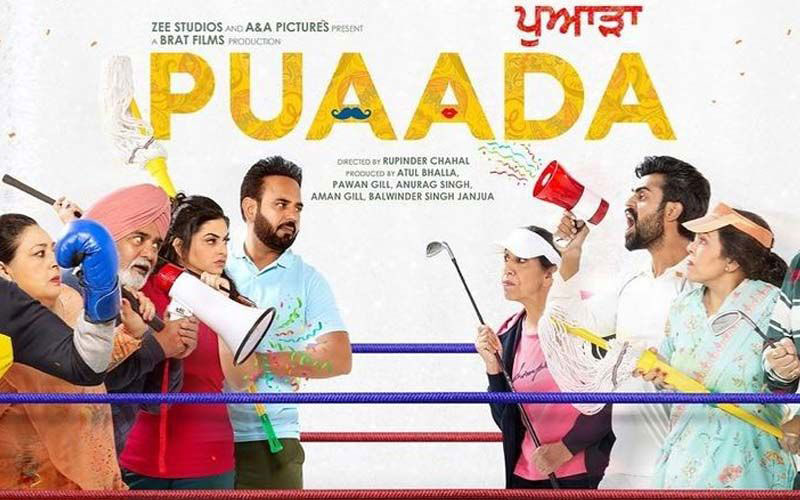 New Delhi: It’s been a bumpy road at the theatres since the pandemic began the last march, cinemas opened in between for brief periods, only to shut again because of the second wave in India.  Now finally it seems like things are set to move in the forward direction, this week, finally, after a year and a half, a Punjabi film will hit the screens, the Ammy Virk & Sonam Bajwa starrer 'PUAADA'

'PUAADA' is a rustic Punjabi word meaning panga/quarrel, and after seeing the trailer one can see that this Puaada is full of loads of comedy, entertainment, romance and dollops of madness.  Talking about the movie Ammy said, “this is the perfect film for everyone to watch for two hours and forget all their worries at home and just have a fun laughter ride at the cinemas!”

This is the fourth film of Ammy and Sonam and every time they have come on screens they have given one hit after another. According to Sonam Bajwa, “our chemistry is natural and magical on-screen, right from our first film, Ammy and I have always had this natural ease with each other and that’s what the audiences enjoy”.  They both are looking forward to creating magic for the fourth time on screens as a lead pair!

The twist or 'PUAADA' in this romantic pair occurs when Ammy’s character unexpectedly pulls away from the marriage and thereafter ensues the comedic quarrels between them and their families. When asked the lead pair what exactly is the reason for this trouble in paradise and both quip “that’s the surprise in the entertainment that will be revealed on screens!”