The officials alleged that both the arrested officers were evasive during interrogation. The agency also claimed that it also found that an investment of Rs 200 crore in the retail liquor business was done by an entity in violation of policy directions. 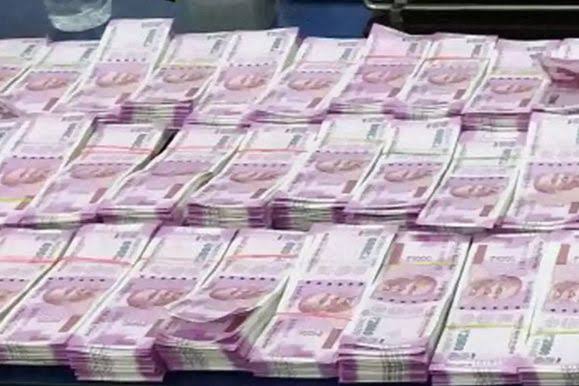 The Enforcement Directorate (ED) on Thursday claimed that a bribe of Rs 100 crore was paid in a case related to the new liquor sale policy in Delhi, in which Deputy Chief Minister Manish Sisodia is an accused. The agency claimed that over three dozen VIPs, including Sisodia, allegedly exchanged 140 mobile phones to destroy digital evidence. Sisodia, who was subjected to multiple raids by the agency and the CBI in the case, denied any wrongdoing and said the allegations were politically motivated. They say that nothing has been found against them in the raids.

On the other hand, Delhi Chief Minister Arvind Kejriwal has supported Sisodia, saying that the BJP-led government at the Center is targeting Aam Aadmi Party (AAP) leaders ahead of the elections to be held in Gujarat next month. Investigative agencies are being misused. The Enforcement Directorate has made this claim after arresting two officials of two private companies on Thursday in a case related to the liquor sale policy.

The two arrested include Binoy Babu, general manager of liquor company Pernod Ricard, and P Saratha Chandra Reddy, whole-time director and promoter of Aurobindo Pharma. They were taken into custody shortly after midnight. The agency later produced them in a special court in Delhi and sent them to Enforcement Directorate custody for seven days, officials said. In a note sent to Mr. Reddy said that Reddy is not in any way connected with the operations of the company or its subsidiaries. Apart from these two, the Enforcement Directorate had arrested Sameer Mahendru, managing director of liquor maker Indospirit, in September.

The agency told the court that P Saratha Chandra Reddy collected around Rs 100 crore for bribes that were given to political leaders and officials. The officials alleged that both the arrested officers were evasive during interrogation. The agency also claimed that it also found that an investment of Rs 200 crore in the retail liquor business was done by an entity in violation of policy directions.