Sixteen teams across four groups will challenge for the most prestigious tournament in Indian football to be played in and around Kolkata from September 5 to October 3, 2021 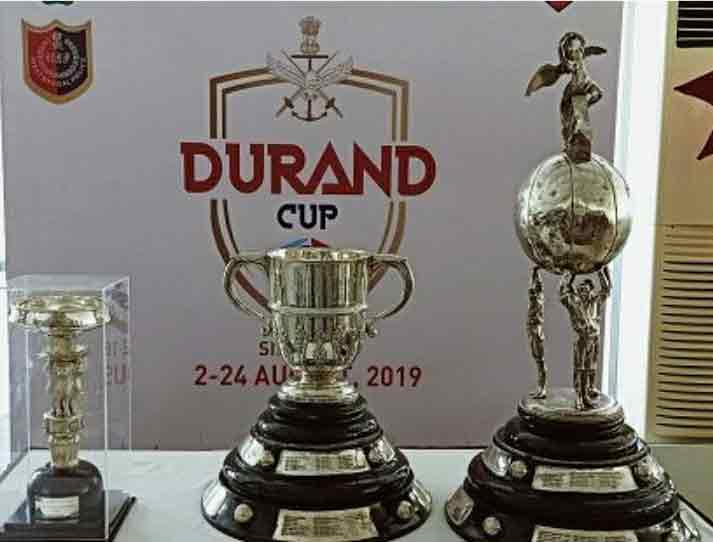 KOLKATA: The groups and fixtures for the 130th edition of the Durand Cup, Asia's oldest football tournament, has now been confirmed.16 teams across four groups will challenge for one of the oldest and most prestigious honours in Indian football to be played in and around Kolkata from September 5 to October 3, 2021, 3 PM onwards on all days till the quarter-final stage, except the opening match which starts at 4:15 PM. The timings for the semi-finals and the final match will be confirmed later. The tournament is jointly organized by the Indian Armed Forces and the Government of West Bengal.

The draw has resulted in multiple enticing Indian Super League (ISL) franchise versus I-League club encounters, and also pitted the biggest names from Indian football's premier division against some of Durand Cup's stalwarts.

Kolkata giants Mohammedan Sporting Club - the first Indian winners of the Durand Cup have been drawn into Group A, alongside Bengaluru United, the Indian Air Force Football Team, and Central Reserve Police Force (CRPF). The Group A fixture between Indian Air Force Football Team and Mohammedan SC will be the opening match of the tournament.
Group B has all the ingredients for a potential "Group of Death", featuring Indian Super League (ISL) sides FC Goa and Jamshedpur FC, alongside I-League side Sudeva Delhi FC and 2016 Durand Cup winners Army Green Football Team.
Bengaluru Football Club and Kerala Blasters Football Club are drawn into Group C, pitting the two ISL sides against Delhi FC and the Indian Navy football team. For the Blasters, this tournament would also mark their Durand Cup debut.
The fourth and final group will see Assam Rifles Football Team and Army Red Football Team locking horns with Hyderabad FC from the ISL and the reigning Durand Cup and I-League Champions, Gokulam Kerala Football Club.
The top two from each group would advance to the quarter-finals. The two semi-finals are scheduled for 27th and 29th September. The final will take place on 3rd October.