Bengal Violence: BJP puts up posters in Dharmatala, Kolkata marking the one year of Post-Poll violence in the state.

The Mamata Banerjee-led government is going to celebrate the completion of the first year of its third consecutive term on May 5 with these posters and protests, the BJP wants to put pressure on the TMC and seek accountability. 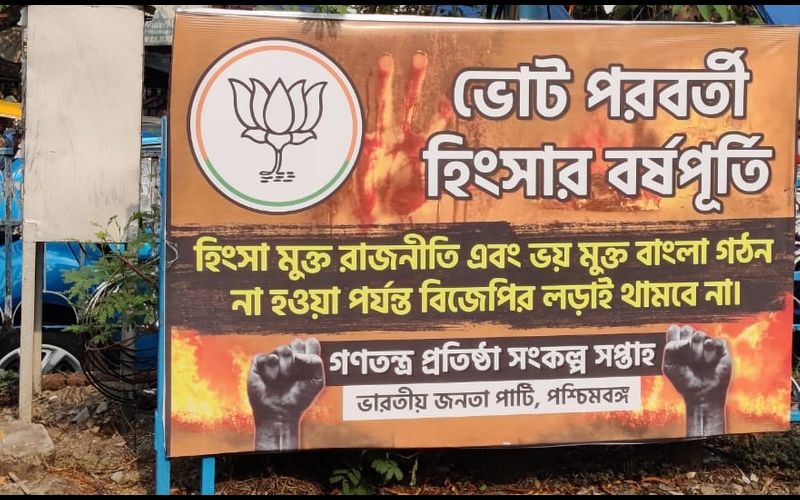 The posters read, "BJP will fight until there is violence-free politics and fear-free Bengal. The posters can be heralded as a part of the actions planned by the BJP to promulgate their discontent with the Mamata Banarjee-led government."

Last year, after the Assembly election results were declared, widespread violence had taken place across the state. It was the BJP members and their families and supporters in most of the incidents, who were targeted allegedly by TMC activists and miscreants.