Hashtags like 'Trophy Awaits Munavvar', and 'Munawar for the Win' are trending on Twitter. His friendship with co-prisoner Anjali Arora has also been a topic of discussion among fans. 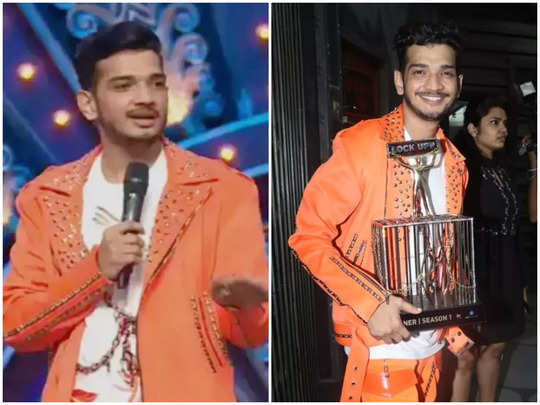 Kangana Ranaut's reality show 'Lockup Season 1' has got its winner. Standup Comedian Munawar Faruqui has won the show. Farooqui's name was announced as the winner in the grand finale on Saturday night. He has won this victory by defeating Payal Rohatgi in Lock Up Season 1 Along with this, he received the winning trophy as well as a cash prize of a whopping Rs 20 lakh, a Maruti Ertiga car, and a trip prize to Italy. Among the top-5 finalists of the show were Prince Narula, Shivam Sharma, Anjali Arora, and Azma Fallah.

The fans of Munawwar Farooqui were already quite curious to know who is going to win the show. Although some reports had already claimed that Munavvar is going to be the winner of the show. Munawwar Farooqui has emerged as the first winner of the lock-up. Comedian, who is one of the strongest contestants on the show. He has secured the highest number of votes, leaving behind Payal Rohatgi and Prince Narula.