There was a huge drop in the prices of gas cylinders, a reduction of Rs 135 per cylinder 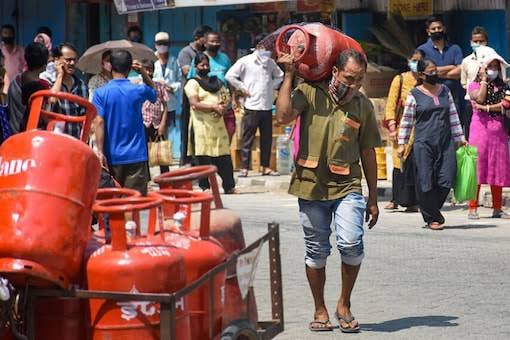 Amidst the ever-increasing prices of gas cylinders used in the kitchen, now the customers have been given relief. Government oil and gas companies have given relief of Rs 135 in cylinder price. The new price of gas has come into effect from Wednesday, June 1. The price of 19 kg LPG cylinder has been reduced by Rs 135 per cylinder.

However, this benefit will be available only to the commercial consumers. Because, gas companies have changed the price of commercial cylinders only. The price of domestic gas cylinder has been kept as before. At present, domestic gas cylinder is costing Rs 1101 in Patna. This price is more than the capital of the country, Delhi. This happens because of the difference in taxes levied by the state government.

Oil and gas companies have given big relief in commercial cylinders. The 19 kg cylinder has become cheaper by Rs 130.50. Similarly, the price of 47.5 kg cylinder has also been reduced by Rs 327.00. Business establishments including restaurants, hotels will get relief from this. However, the prices of domestic LPG have been kept unchanged. The new rates have come into effect from June 1.

The prices of commercial LPG cylinders have seen several hikes during the last two months. In the month of May also, the kitchen cylinder was selling for Rs 2,354 in Delhi. And before that in the months of April also, a 19 kg cylinder was Rs 2,253.