Rohit Sardana, TV journalist and anchor, passed away due to COVID-19

Due to the COVID-19 pandemic, well-known TV journalist and anchor Rohit Sardana, who was currently working with Aaj Tak, died 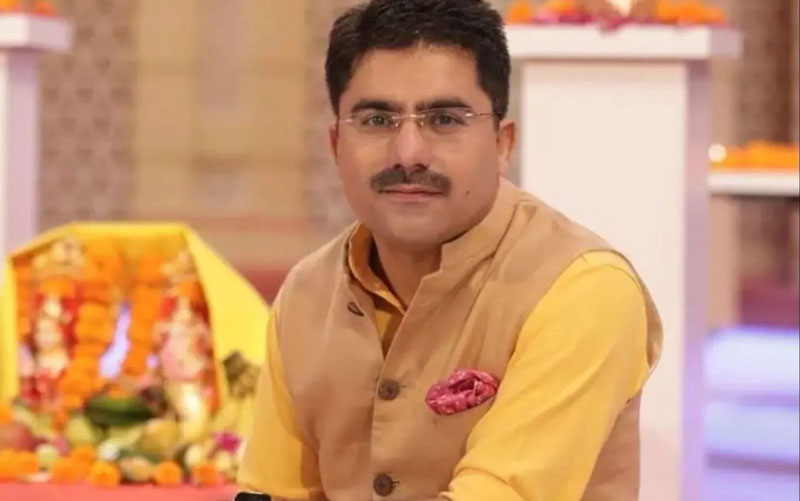 Due to the COVID-19 pandemic, well-known TV journalist and anchor Rohit Sardana, who was currently working with Aaj Tak, died. Sudhir Chaudhary, the Editor-in-Chief of Zee News, tweeted about his early demise.

Sudhir Chaudhary stated that the virus had never occurred to him and that the virus would take anyone so dear to him. He said that he had not anticipated this. Rohit Sardana had been affiliated with Zee Media for a long time. On Zee News, he used to host the iconic show 'Taal Thok Ke,' a debate programme that discussed current issues in India.

Rohit Sardana, who has long been a face of television, used to host the show 'Dangal,' which appeared on the 'Aaj Tak' news channel. The Ganesh Shankar Vidyarthi Award was presented to Rohit Sardana in 2018.

Rajdeep Sardesai, a senior journalist, paid tribute to him on Twitter, writing, "Friends, I'm sorry to break the news to you. Rohit Sardana, a well-known TV news anchor, has died. This morning, he had a heart attack. My heartfelt condolences go out to his family."

Condolences have been flowing in from all over the nation in the wake of Rohit Sardana's death. People are taken aback after hearing the sad news. Sardana was well-liked by the general public due to his excellent debating abilities.

Shocking news.... yet to believe that #COVID19India took away @Rohitsardana77 ....... is it true.... still not able to believe. He was an ace anchor associated with @aajtak https://t.co/6dfw5OBtvD pic.twitter.com/5LidgO2v1V

The number of active cases in India has risen to 31.70 lakh, accounting for 16.90% of the country's overall infections. A net increase of 85,414 cases in the total active caseload was reported in a single day.

Prime Minister Narendra Modi is chairing a meeting of the Union Council of Ministers on Friday amid the rising cases. The meeting of the council of ministers is the first in the aftermath of the second wave of COVID-19 in the country. According to sources, the pandemic and the government's response are likely to be addressed during the virtual meeting.