The controversy over 'Pathan' started after state Home Minister Narottam Mishra objected to a song from the film titled 'Besharam Rang', claiming that it hurt the religious sentiments of the Hindu community. 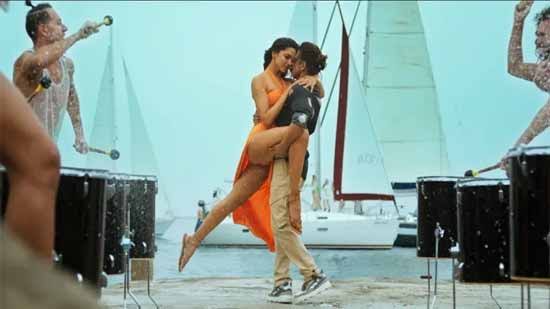 The controversy over Shah Rukh Khan and Deepika Padukone starrer film 'Pathan' in Madhya Pradesh is not taking its name. The issue is likely to come up for discussion in the upcoming winter session of the assembly, beginning Monday, amid growing demand to ban the film from cinema halls. The controversy over 'Pathan' started after state Home Minister Narottam Mishra objected to a song from the film titled 'Besharam Rang', claiming that it hurt the religious sentiments of the Hindu community.

Mishra said that the way saffron and green colors have been used in the song is objectionable. Assembly Speaker Girish Gautam went a step ahead and asked Shah Rukh Khan if he would dare to watch his film 'Pathan' with his daughter. Will he (Shah Rukh) dare to watch the film with his daughter, Gautam said on Saturday. I am telling Shah Rukh Khan, your daughter is 23-24 years old, watch your film with her.

With the five-day winter session beginning on Monday, the issue is likely to be raised by the BJP on the floor of the House. Apart from the BJP and other right-wing groups, some members of the Congress and several Muslim organizations have also demanded a stay on the release of 'Pathan'. Meanwhile, some other politicians believe that boycotting the film would not be the right move. Congress Rajya Sabha MP Vivek Tankha has come out in support of the film, saying that he does not support boycotting anything as it is an anti-social process.