Kl Rahul and Athiya Shetty got Married in an intimate Ceremony 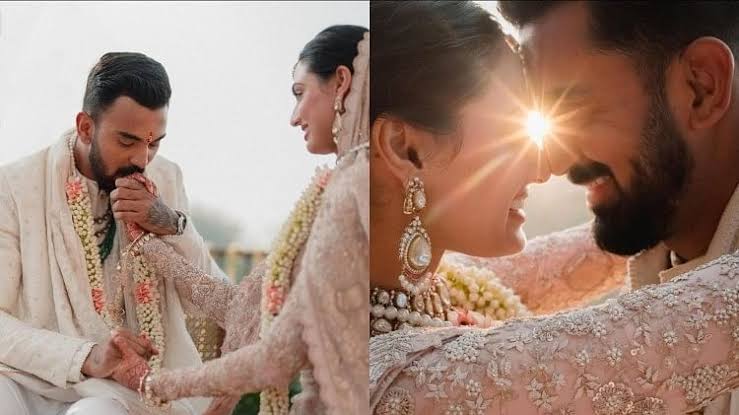 India's star cricketer KL Rahul and Bollywood actress Athiya Shetty (KL Rahul Athiya Shetty Wedding) got married today i.e. on 23 January. Wedding pictures of KL Rahul and Athiya Shetty (Kl Rahul and Athiya Shetty Wedding Images) have now come to the fore. In the pictures, the pair of both is very pleasing to the hearts of the fans and the pictures come out, the fans are liking and sharing these pictures on social media. Rahul had already taken a break for his marriage. The news about the marriage of Athiya Shetty, daughter of Indian opening batsman and Hindi cinema star actor Sunil Shetty, had already come in the media, but now it has also been confirmed that the couple has tied the knot. Fans are also looking very happy about the marriage of their favorite star and are wishing the couple all the best.