Katrina Kaif, who started her modeling journey at the age of 14, is celebrating her 38th birthday today

Katrina is actively associated with her mother's Charitable Relief Trust India. On December 9 last year, Katrina met Vicky Kaushal. This is Katrina's first birthday after marriage, which she is going to celebrate with her husband in Maldives. 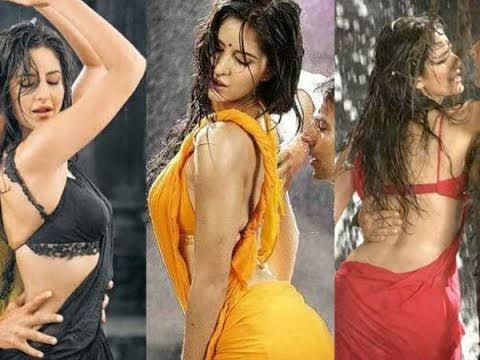 Katrina Kaif is celebrating her 38th birthday. Known as the Barbie doll, Katrina has come a tough journey of almost 18 years in the film industry. Katrina had a lot of difficulty in speaking Hindi in the initial period but today she is a successful heroine of Hindi films. Katrina's father was Kashmiri and mother was British which makes Katrina half Indian and half British. She has British citizenship and passport, so she works in India on a working visa.

Katrina was born on 16 July 1983 in Turcotte, Hong Kong. At the age of 14, Katrina moved to Hawaii with her family, after which she moved to London. 'Torketty' is Katrina's real name. His father's name is Muhammad Kaif and mother's name is Sussanne. Katrina has 7 sisters and 1 brother. Due to frequent city change, Katrina's studies have been done mostly at home by tuition teachers.

At the age of 14, Katrina started her career with modeling. She was cast in the movie Boom in 2003 while modeling. Katrina Kaif is one of the most popular actresses of Bollywood. Her immense growth in the industry over the years is really commendable. She made her acting debut with Kaizad Gustad's directorial Boom (2003), but rose to fame with David Dhawan's directorial Maine Pyaar Kyun Kiya (2005). After the success of this film, she became a household name. After coming to the attention of the actress in this film, there was no looking back for the beauty. Katrina has done many other films like Namastey London, Partner, Welcome, Race, Ajab Prem Ki Ghazab Kahani, De Dana Dan, Ek Tha Tiger, Rajneeti, all these films have made a good place in the industry.

Katrina is actively associated with her mother's Charitable Relief Trust India. On December 9 last year, Katrina met Vicky Kaushal. This is Katrina's first birthday after marriage, which she is going to celebrate with her husband in Maldives.