DU administration will take strict action against students found indulging in ragging. Under this, a provision has been made to suspend the degree of the student, expulsion and take legal action. 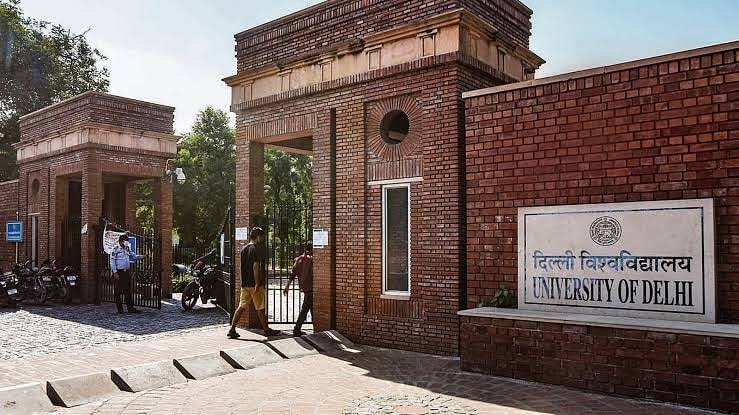 The DU administration is strict to stop the ragging of students enrolled in the Delhi University (DU) for the academic session 2022-23. In this regard, senior officers of DU Proctorial Board held a meeting with Delhi Police officials on Friday. The steps to be taken to check ragging were discussed in the meeting. So that the enrolled children can get acquainted with the existing students without ragging. For this, DU has asked the existing students and their parents to fill the affidavit available on the anti-ragging website at the time of admission.

In this, the students have to be informed about not doing any kind of ragging in the college, hostel, any department and center. Along with this, DU will also start two joint control rooms in North and South campus from November 2 to 11 on whose numbers students can complain about ragging. Apart from this, posters will also be put up in all the colleges to make the students aware of ragging in Hindi and English at different places, stating that ragging is a crime of law.

DU officials have also asked the police to take action on ragging complaints on priority basis. Women police personnel in plain clothes will also be deployed outside the DU colleges and inside the campuses. So that he can keep an eye on any activity of ragging. It has also been advised to strictly prohibit the entry of outsiders in college and university campus, students living in outside hostels and PGs to get information about police verification of their place of residence.

You can put a complaint letter regarding ragging in the complaint box of your college. You can contact UGC's toll free anti ragging helpline number 1800-180-5522, which is operational 24 hours. You can also contact UGC's ragging monitoring agency Center for Youth on mobile number 09818044577. You can also call your nearest police PCR van by calling on 112 number. College students belonging to North Campus can complain about ragging by calling the control room number 011-27667221. Students belonging to the College of Southern Campus can make a complaint of ragging by calling the control room number 011-24119832.

DU administration will take strict action against students found indulging in ragging. Under this, a provision has been made to suspend the degree of the student, expulsion and take legal action.